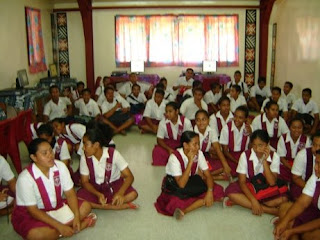 I once held hands with Lara in the backseat of my mom’s car on the way home from a movie. My mom was driving, and my sister was in the passenger seat. Later that evening my mom asked about the hand holding, and thinking back now, I still cringe. I’ve always found the Beatles’ “You’ve Got to Hide Your Love Away” completely relatable, and I found people like Adam and Kristen from high school baffling in their public displays of affection. But here in Samoa, if there’s any dating going on at my school, these kids bring underground to a new level.

Boys and girls separate from each other like oil and water. As you can see in the picture above, they sit apart from each other in the classroom. All of my classes do this without my asking. They eat lunch in unity groups that are foremost determined by gender. They tend to leave school in separate groups.

I admit it’s not that weird that high school students should think that their counterparts have cooties, but coming from America, you expect a lot more interaction. Not only are romantic relationships completely absent, but even casual encounters between one boy and one girl are rarely seen.

From what I’ve seen, most boy/girl relationships fall into one of two categories:
I should draw a line between domestic abuse and the Wrestlemania thing. Boys are not hitting the girls to oppress them or to make them subservient. The roughness is on both sides, and the male is often the sad puppy who has to whimper away after play got too rough for him.

In fact, from an educational perspective, I haven’t really seen any instances of gender inequality. The ratio of boys to girls is roughly 1:1 in every grade level here. And from what I’ve seen they break out pretty evenly in terms of grades and schoolwork. They are about equally vocal in class, equally scholarly goofus in not doing their homework, and equally trite in coming up with reasons they should be able to turn it in tomorrow.

When it comes to jobs around campus, they fall back in to gender roles—boys will do the heavy lifting, girls will sweep—but those roles seem more defined by society and less by the school environment.

But I still get a little weirded out every time I have them sit on the floor in my class and there is a clearly defined line between where the boys sit and where the girls sit. Like oil and water.

I hope society is treating you a little more solublely. Pictures below. 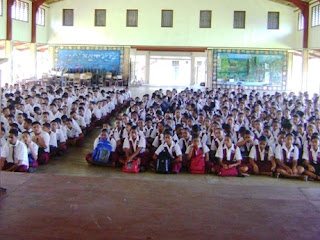 Boys and girls sitting on separate sides of the hall at the semi-weekly assembly. 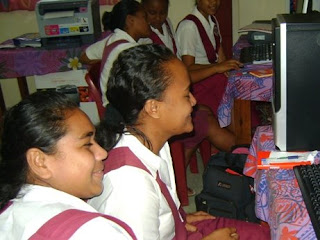 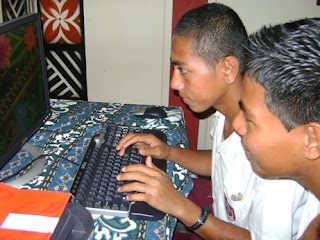 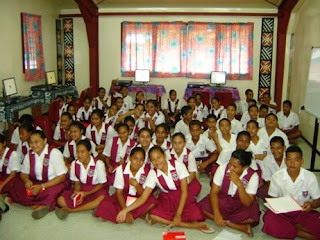 Different class with genders sitting separately. I have never asked any class to do this. They just do it. 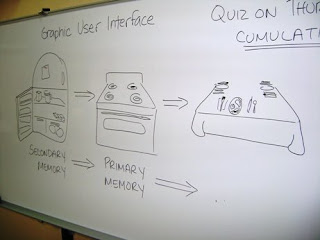 This was my spontaneous idea for how to teach secondary vs. primary (or main) memory. See, the refrigerator is the the hard disk drive, and the stove is the RAM, and the table is the processor. Get it? Mostly I'm proud of my doodles.

Thats an O'Lague looking stove! Keep up the good work...

One of the schools I work at has a large Samoan and Tongan population (12%). What struck me about today's blog is how similiar the gender role plays out here as well. While I would be remiss in leading you to think that there are no public displays of demonstrative affection, there is a lot of pushing and rough housing and the boys are always on the losing end of the shoving match. The girls and boys both usually hang out in gender groups and when they do interact it usually involves some form of 'physical' contact. I'm intrigued to continue to read about your observations and see how much of the same I see here as well.

OSA- Online School Admissions - A school directory for India where you can find all the schools which are making their admission forms online availablle for everyone.