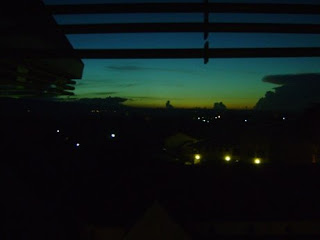 Another week into the school year and the honeymoon is definitely coming to a close. I’ve implemented a weekly quiz, and the results have been bafflingly varied. And yet as much as the path is unsure, we’ve settled into somewhat of a routine, and it’s comforting to know that there won’t be any adapting to a whole new environment until November at the earliest. Here’s a list of some other thoughts from the week:That’s all I got for this week’s odds and ends. I’m heading to the host village tomorrow afternoon, so I’m going to shirk my blog responsibilities once more, but I’ll be back Saturday. And I swear after this weekend, I’m not going away until the 3rd-ish weekend in March. In the future, I think I might explore employing a guest blogger for days when I’m gone. For fun. We’ll see.

Hope things are well. Pictures below. 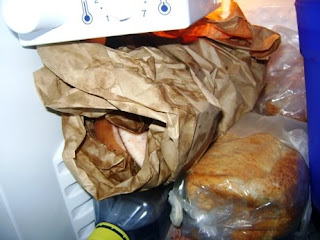 This is the brown-paper-wrapped pork in my refrigerator. It was better wrapped when it was given to me. 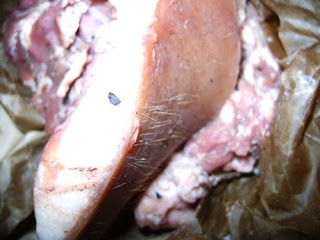 Hair on the pork. 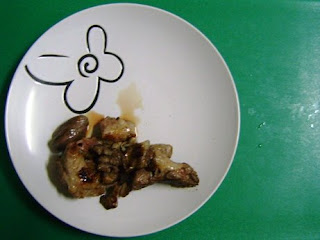 Cooked pork. It turned out surprisingly well. I'm not sure there's any more meat in that brown paper bundle though. 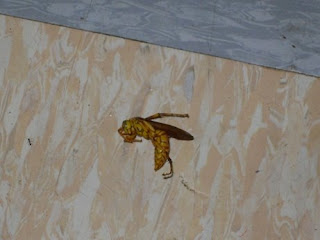 In the insect "Cultural Exploration," I didn't talk about the bees. Generally they stay out of peoples' way, but they are huge. To the point that they FREAK ME OUT. This one got into my house somehow, and I had to put him down fast.

...I saw your face and that's the last I've seen of my heart (is the next line)

"Holiday Road" is from National Lampoons Vacation by Lyndsay Buckingham. Today for me the song in my head is... The Theme from "Hogan's Heroes". Shultz!

I didn't remember the theme from "Hogan's Heroes" but after reading Eric's comment, Dad is standing behind me humming it!

A local radio station here in Indianapolis has a "Name that song" segment daily on my commute into work each day. Most of the time I can never figure out what song the line they read is from. I was excited when I read your "You are the woman" line because I knew right away what it was for once. But just like the with the radio station, someone always beats me to the punch!

Barb Carusillo said...
This comment has been removed by the author.
1:45 PM

where are you going in march?
and, what else did you eat with the pork?
and, if you soak workout clothes in soapy water, that might help with the confidence level of your manual laundry.

Like Barbara I knew right away what song you had stuck in your head but as usual even my kid beat me to the punch. Is it weird that I think it is weird that she would know the next lines to the song and that Holiday Road is a Fleetwood Mac song. But now thank you very much that song is in my head. Maybe if I start humming - Hot dogs, Armour Hot dogs...Oh No What did I do!!!!!!