Gotta Get Out of this Place 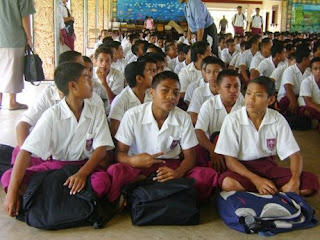 This has probably been the most difficult week since school began. I alluded to this yesterday, but another day of school did not make the stressful week any better. I attribute the week’s sourness to a bad start, and I was never able to get my feet under me long enough to catch up. So I couldn’t wait to hear the bell ring this afternoon. But the day, of course, was slightly more complicated than that.

I gave the quiz to my year 13 class, which yielded mixed results. As the period ended, I heard singing in the hall, and I looked at my year 13s and asked, “There’s no sixth period today, is there?”

“Ha! No.” They shook their heads. How does everyone always know what’s going on except me? It’s like they have a secret language or something…

After I had completely shut down the computer lab, I went and found one of the missionaries so she could explain to me what was up with today. She chuckled. “Uniform checks. You can help if you want.” Every student is required to have two regulation uniforms, and the lower years are required to have an additional uniform for P.E. Staff would be checking to make sure that students had all their things in order.

I admit, I didn’t really want to stay and help, but she’d given me the option, and I’m not quite comfortable enough here to tell people that I have no interest in showing up to certain things (like uniform checks. So I headed over to the hall to see if I could be of service.

When I got there, students had already been neatly arranged into neat rows and columns and separated by grade level. The boys were singing while they waited for things to get underway. A number of the prefects were walking around making sure lines were straight, but they soon sat down with their respective grade levels.

1 staff member started walking up the year 9 sector asking to see uniform stuff. Another teacher patted a student on the head as he walked by. But it turned out he wasn’t being friendly; he feeling each student’s hair, making sure it was not longer than regulation permitted.

For some reason, I found this fascinating. Why not just look? Why the incessant noogies? At one point, he got to two boys. I was unclear on their infraction, but the teacher was able to get the boys to smack each other across the face. It was bizarre. And fascinating.

But after the double face slap, I didn’t think the event could be topped, and I’d been standing around watching for 20 minutes, so I decided to make my escape. I found a wing of the hall where there were no people and hopped the small gate to get out. I then walked around the back of the school to my house.

What a sanctuary of normalcy my house can feel like. But I needed to get out of there too. I don’t typically feel so urgent about this sort of thing, but today, I needed to be with other Peace Corps pronto. So I rode my bike to the office and sat around doing nothing in particular for 3.5 hours, occasionally using the internet and chatting it up with whoever was there.

Cale and Sara showed up and planned to have dinner up the mountain at a place called “The Curry House,” and invited along whoever wanted to come. So I went. And then we rendezvoused with the group back in town later this evening.

It was a much needed respite from the inanity of school life, and I have 2 more days to keep school at bay. Awesome.

I hope you’re making the most of your weekend. Pictures below. 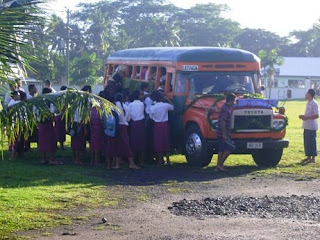 Oh, I forgot. This bus was parked on the lawn this morning when I walked to school. It apparently took the 9.5 class to watch an international Greco-Roman Wrestling competition. Okay. 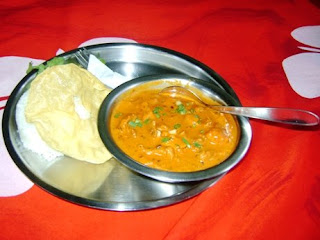 This was my meal at The Curry House. It was good. The rice serving was small. 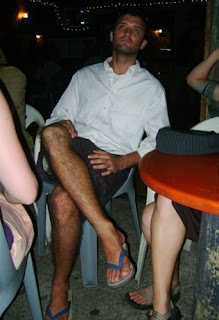 This is Ben from group 80 in his finest Friday-night frat boy threads.