“If these pictures have anything important to say... it's this: I was here. I existed. I was young, I was happy, and someone cared enough about me in this world to take my picture.”
- Seymour Parrish, in the (forgettable) film ‘One Hour Photo’ on
the every day snapshots we take of loved ones 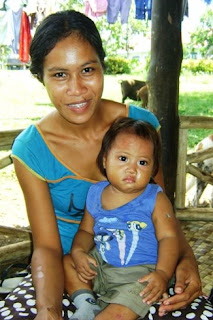 I know I’m a bleeding heart sucker for even bringing this up, but there is one lingering issue in getting my stuff back yesterday: what do I do with the pictures that were taken by the people who took the camera? I think the kneejerk reaction is to delete them. I certainly don’t need them, and they were taken with a stolen camera.

On the other hand, I’ve always felt it was a little unholy to delete a picture or (in less technologically advanced times) to destroy a photograph let alone a negative. I think there’s even a philosophical debate to be had over who should own a picture. Sure, these pictures were taken with my camera, which was stolen from me, but the people in the pictures didn’t steal it. Why should they not be entitled to their pictures?

The people in the pictures are happy. There are infants and children and adults and elderly people smiling. There are what look to be mothers posing with their children. They seem to be the real victims here. Cameras are a rare thing to come by in Samoa, and it’s a rare treat for a mother to get a picture of her children. My host sister, Asolima, was so excited when she found out I had a camera. She would dress up her 2 daughters and pose them and re-pose them. And while little is expected of me when I go back and visit my host family, Asolima never forgets to ask, “Did you get those pictures developed?” So this situation has got to be lousy for the people in these pictures. They’ve been cheated out of pictures of themselves and their children.

Some would argue that it’s their fault for not asking, “Where did you get that digital camera?” It’s a valid argument. The people in the photos do not appear to be well-off, and the police tell me that the burglar was a young teenager. It surely must have been suspect when the youth showed up with a relatively expensive camera. But can they be blamed for not looking the gift horse in the mouth? Maybe.

But how do we know what they were told? What story they heard about where the camera came from? Asolima brought me an Olympus digital camera that seems to work except for a cracked viewfinder. She found it on the side of the road. Who knows what the people in the pictures were told?

I’m just trying to put myself in their shoes and give them the benefit of the doubt. When the camera was stolen from me, the only thing that made me really sad was losing all the pictures I had taken during training. The fact that the camera still works is just icing on the cake. I would have been elated if I had only gotten the memory stick returned to me.

So what would you do?

I think I might try and get some of the better pictures developed, and then I could burn all the pictures on to a CD. This wouldn’t cost very much. I’m not sure how I would actually be able to get all this to the family, but I know what village they’re from, and I know the burglar is in jail now. So it shouldn’t be too hard to figure out how to get it to them.

I hope you had a great weekend. More strange pictures below. 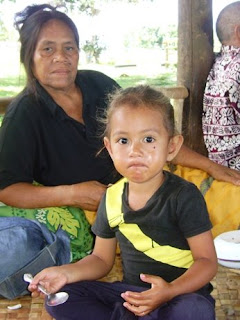 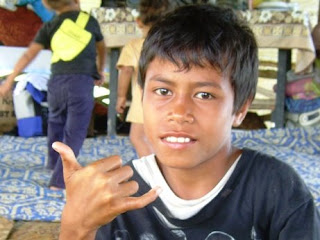 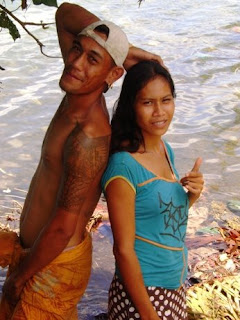 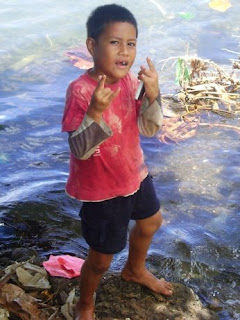 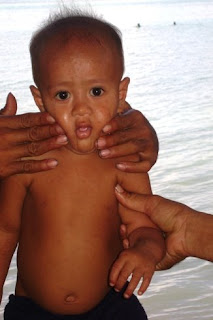 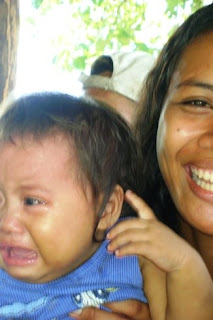 I didn't realize until right now, but they took a lot of pictures in "portrait" (rather than "landscape") orientation. Strange.
Posted by Matthew at 6:33 PM

i loved this post. great insights. it made me sad to think about the smiling people you found in your camera. i hope you find them and give them their pictures.

i am sure someone you know in samoa knows who these people are. i am looking fwd to you solving this mystery.

oh and after catching up on your past few blogs (I've been working), the 25 facts are still around.

i think its really generous and great that you are going to send them their pictures! :) ha i love the one with the babys smushed face-

True fa'aSamoa is strict and demands respect and hospitality for teachers, elders and guests. All of which you are. Not to mention that these boys planned and executed a precise, timed hit on church property.

You also know that in the fa'aSamoa, punishment is metered out to the entire family of the convicted and recompense is expected of them. As a family.

Now, realize that there may likely be no restitution for you, which is not a big deal (it's good that you're quick to forgive) but rewarding those who failed to do the right thing would be a confusing gesture and possibly further current attitudes that Palagis are suckers.

If you really feel compelled to contact them, I think that an appropriate response might be to simply let them know that while you were hurt by the actions of the boys, you forgive them. Do it in writing maybe, with some translation help from a local teacher.

Plus, I've got to relate the fact that most people really don't expect to possess the pictures that they're in. I constantly took pictures and no one ever asked for prints. Most are just happy to be in them.

My advice: don't drag this thing out. Just be happy, thank the Police and move on.