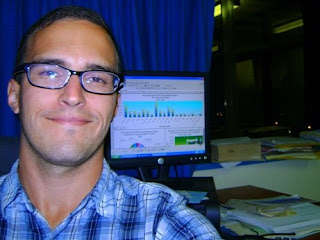 I’ve decided to implement a weekly “Odds and Ends” blog to be posted every Thursday night. This will allow me to write about micro-issues that don’t necessitate an entire blog, and it will allow for easy, bulleted reading for you on lazy Fridays. Admittedly, this also means easier blogging for me on Thursdays, but I’ve already begun to align my Thursdays to be coastable, and this is part of a larger scheme. So without further ado:
I anticipate that I will not be posting tomorrow on account of going to Savai’i to visit Phil. But I do anticipate having some good news when I come back Saturday evening. So stay tuned… A couple pictures below. 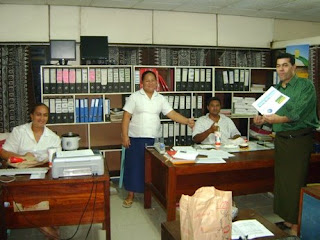 The staff at the EFKS Treasurer's office that I tortured with getting my Excel graphs juuuuust right. 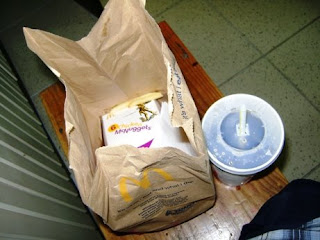 They bought me dinner cause we stayed so long. It turned out to be McDonald's. My first American fast food meal in Samoa. 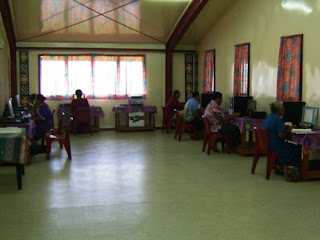 The teachers have been asking for a workshop where they can come learn how to use the computers. We had about 10 teachers over the course of 2 hours after school today. I was happy with the turnout.

"on account of going to" - how about "because I'll be visiting..." Again, how much was the USC education? Have fun and be careful. Keep your camera with you this time.

i like the little old lady-teacher on the right- technology isn't passing her by! :) i dont think its too late for 25 things yet. have people felt the effects of the recession there, or not really? from what ive heard, it doesnt seem to really been that noticeable- but maybe thats because we're used to having more of everything.

You're not being bit by termites, it's bed bugs. I had them too... I was Group 75 on Savaii at Uesiliana.