15 Months!: The Story So Far and FAQs 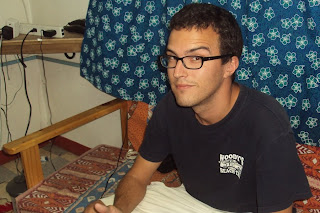 Yesterday morning marked exactly 15 months since we landed here in Samoa. It’s weird how in some ways it feels like we just got here, and the last 15 months has gone by in the blink of an eye—and on the other hand, it feels like we’ve been here forever. Normally I do these quarterly updates on the 8th of every 3rd month, but since I was in Australia yesterday, it seemed more proper to wait until I was back in Samoa to commemorate 15 months of being, you know, in Samoa. So without further ado…

Group 82 was baptized by fire: they arrived 9 days after the deadly tsunami on September 29, and after twin earthquakes in Vanuatu, another tsunami evacuation was issued in Samoa on the morning of 82’s arrival. Most of the group has toughed it out though. That said, 3 members of group 82 left in the first 2 weeks of training for various reasons.

In any case, on the night before the 82s headed out to their training village we held the traditional welcome fiafia, which included Samoan dancing, my slideshow, and first of many goodbyes to group 79.

Schoolwise, the third term solely consists of review, which I thought would pretty easy. But it is not pretty easy to maintain the attention of adolescents for hours on end when there’s only reviewing to be done. I was very happy to have a student teacher come in and change things up a little. And I got locked in the computer lab with my year 13s, which was fun.

For Halloween I dressed up as Peace Corps Samoa Country Director Dale. Koa was a Never Nude.

My students took the big standardized tests in early-to-mid-November. The year 12s took the Samoan SchoolC exam and the year 13s took the South Pacific PSSC exam. General feedback from both camps was tentatively good. No one felt the need to burn my house down because they were too ill-prepared, so I’m taking that as a good sign. I should hear about actual results of those tests sometime soon.

The rest of my students took final exams, which I had to correct by hand. I marked up 468 short answer tests. Cale and Sara were generous enough to correct a large portion of the multiple choice.

Correcting those papers was a lousy time, but with finals I got to use my fancy grade-automating spreadsheet. I’m estimating it saved between 40 and 60 human hours, and I’m therefore chalking it up as a success. The next step will be teaching my school secretary how to maneuver the spreadsheet so she can do it next time.

PCVs gathered at the Charge d’Affaires’s house for Thanksgiving. And shortly thereafter, Cale and Sara became the first members of group 79 to officially finish their Peace Corps service.

My school celebrated Prizegiving (i.e. Graduation) in early December. It was an elaborate event, and rightly so given how much the students rehearsed for it. With singing and dancing and speeches and trophies and elated family, it was an appropriate end to the year, and I look forward to doing it again next December.

Blogging was a little erratic in the weeks that followed. It was difficult to keep on top of things with all the chaos here as many PCVs headed back to The States, the entire nation prepared for Christmas, and I got ready for my trip to Australia.

I left the day after Christmas and arrived 2 days after Christmas. Luisa and I housesat in Sydney, where we celebrated New Year’s, sunburned at Bondi, and hiked the Blue Mountains.

How is the country coping with the tsunami 3 months after the fact?


I recently posted a picture of all the tsunami ’ies being hawked at the market these days. Beyond that, in Apia at least, you’d hardly know anything had happened. Things got back to normal surprisingly quick. On the other hand, on the southeastern shores of the island, reconstruction efforts are slow-going. The saltwater in the tsunami killed off a lot of vegetation, and there’s still quite a bit of debris to be removed. That said, some of the beach fales are trying to get back on their feet, but there is still a lot of work to be done.

When does school start again?


I think students start showing up January 25. There are supposed to be teacher meetings this week, although the director of the Congregationalist school system has stepped down, so things are in limbo right now.

Does your school have a cafeteria? Lunch ladies?


No cafeteria. We have a “canteen,” which is more like a “snack bar.” They serve little pies and ice cakes. But students don’t really eat lunch. In fact, I’m pretty sure “lunch” isn’t really a big thing in Samoa.

Tomorrow starts a new round of cultural exploration. No pictures today.
Posted by Matthew at 7:00 PM

woohoo the witch is dead!

Does the witch refer to someone on the cafeteria staff? Cause, the witch never dies, she just goes to another school to serve lunch. She lives forever and will be at your reunion to greet you. And she'll remember you passed up Friday's dried out fish sticks for the cheeseburger.

Heya! welcome back Matt, I'm stoked you enjoyed your Sydney rendevouz with the lovely Louisa.

But sounds like your school MFC has the worst canteen menu.

It's at Samoan schools where our childhood taste for such delicacies as German buns, Pork bun, Cinamon roll, Jam Donuts, Sausage rolls and Pani Popo.