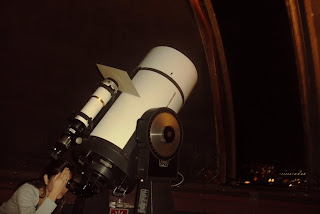 During college I made the trek back and forth between Los Angeles and San Francisco a seemingly countless number of times. During one such trip, my friend in the passenger seat, who was taking an astronomy class at the time, spotted the Milky Way draped across the night sky while we were driving through a rural area of Ventura County. We pulled off the highway and parked on the frontage road, and with the headlights off the night sky was an amazing vista of starlight.

Fausaga was like that too. Though Apia is by no means a large metropolis, it’s got enough of a population to put out enough light pollution so star-gazing is muddled at best. But on the south side of Upolu and almost anywhere in Savai’i, the night sky is a sight to behold.

I thought about these things as we entered the Sydney Observatory this evening. The observatory, conveniently located in downtown Sydney (although our guide noted that this is a stupid place to put a space observatory given the same light problems as Apia), is open year-round for night tours, and we went tonight.

We rotated through three main parts of the tour:

When she found out we were from America, our guide tried not to sound smug as she pointed out the various constellations that can only be seen from the southern hemisphere. In situations like this, I admit I feel kinda cool saying, “Well actually I live in Samoa right now.” So there.

Since arriving in Samoa, Dan and a bunch of others have pointed out that Orion faces the opposite direction in Samoa. I honestly couldn’t tell the difference, but our tour guide tonight confirmed those observations, explaining that constellations appear as mirror images of themselves when viewed from the northern and southern hemisphere because of parallax.

In addition to constellations, we saw two shooting stars and a whole lotta fruit bats. And then it was time to go home. 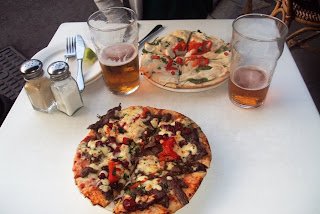 Pizza and beer for dinner tonight. Mine (foreground) is peppered kangaroo. Luisa had the crocodile and spinach. 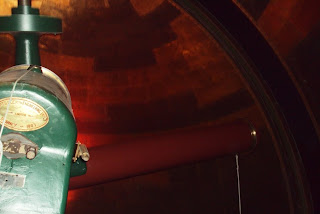 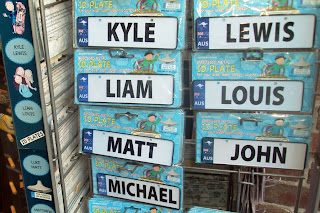 Liam and Matt hanging out.

this sounds fun. you guys are adventurous with your pizza choices!

Jealous of your Sydney Observatory tour. Intrigued with your kangaroo and Luisa's crocodile pizzas. How'd they taste?