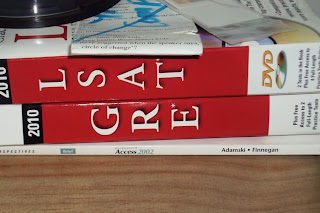 Last Summer, the plan was to figure out the rest of my life. Or at least life after the Peace Corps. After all the discernment and deep thinking, the brilliant plan was to table the decision until after at least one standardized test was taken (either the GRE or the LSAT), and then to most likely take the other standardized test, and then to reexamine my options. Why do today what you can put off until tomorrow?

I met with Chargé d’Affaires Robin at the U.S. embassy this afternoon to do a sort of informal informational interview to discuss what it's like working for the State Department. Robin is clearly passionate about the Foreign Service, and nearly as soon as I sat down she dove into the nuts and bolts. It was fascinating, and I enjoyed our meeting and the Foreign Service sounds great. But I still don’t know if I’m ready to declare my major.

I did relatively well on the LSAT—not as great as I would have liked, but we won’t get into that. In any case, Smadge’s whole idea behind me taking the LSAT was, since I’m not interested in being an attorney, I should only go to law school if I could get into a top-tier school where I could get my law degree and do something un-lawyerly with it. Like politics… or McDonald’s.

So now I’m thinking maybe I’ll just apply to some “reach” schools, and if I get into any of them, I’ll go. Or at least I’ll consider going.

Near the end of our chat today, I asked Robin what sort of graduate program I should attend. I believe my exact words were, “So what should I go back to school for?” She gave me a pity consolation laugh and then threw out some suggestions. It depends on what sort of role I’d like to play in the Foreign Service and how different degrees apply to different jobs.

Depending on what I was interested in, I should look into politics or international affairs or journalism or psychology or public diplomacy.

In short, the interview was fascinating and inspiring and pretty darn unhelpful in narrowing my plans for graduate school. At one point during the interview, speaking more along the lines of the constant re-locating inherent in a career with the Foreign Service, she joked the State Department was a great place for people uncomfortable with commitment. I’m undeclared.

In any case, I’ve been putting off studying for the GRE, but the plan is to start ramping up tomorrow. Whichever graduate program I decide on will almost surely require the test, so it’s just as well, right? 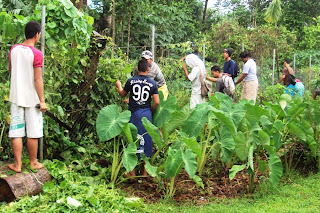 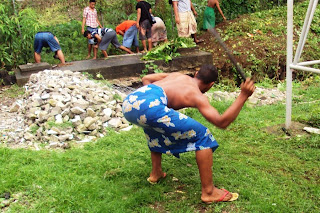 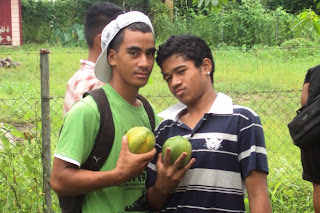 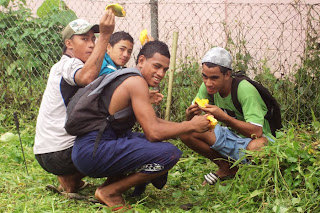 Taking a break to eat the esi.

Could not law school prepare you in some way for an unlawyerly role in Foreign service? Bet there are some lawyers in the bunch.

Take the GRE. It'll give you something to study.

my two cents: law school and/or journalism. love the cleaning school pictures. does it make the students take care of their school more the fact that they clean it before the school year?

More often than not (well okay, sometimes), what's not in the plan usually works, as in the case of career choice. What did you choose then at the Foreign Service?

Oh, the wonders of law school and their exams. They really bring out the review guru in anyone, no? Whether you review by yourself or in groups, everything is golden after beating the exams. Just like business school.