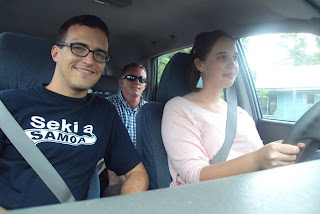 I belonged to a group called Troy Camp at USC where, in the first couple weeks of the summer, we bussed a bunch of inner city kids out to woods for a week for summer camp. We had year-round weekly meetings where we planned camp and organized fundraisers and such. These meetings were led by two Executive Co-Directors who set the agenda for meetings and set the tone for organization. And as I recall, the first co-directors I knew were the best and no subsequent administration every lived up.

Talking to other people in other organizations, this seems like a common sentiment: assuming things are somewhat amicable your first year doing something, no subsequent year can live up. And so I begin my second year teaching in Samoa, and I’m already skeptical of some of the changes going on around here.

As always with school, last year’s year 13s and most of the year 12s will be gone, and a new class of year 9s will have taken their place. One of the teachers, Saleupolu, retired at the end of last year, and another, Uesile, left to take up a faifeau post. There’s bound to be more staff turnover as well as a new batch of rookie teachers sitting around the staffroom on Monday.

Similar changes have happened within the Peace Corps with group 79 exiting, and group 82 moving on in (By the way, Group 82 has lost 2 more within its ranks bringing the total count of fallen to 5.).

The make-up of teachers living on campus has changed. As I mentioned last week, I have a bunch of “Bye-bye” girls living next door now, which will not stand. I’m not sure what it will take to rid the kids of the bye-byes, but I will do whatever it takes.

More than anything though, the biggest change for me might be the outlook for the school year. Rather than aiming to build relationships and figure out the system, this year will be about using what I know about the system to prepare it for me not being here next year. It’s a weird 180° turn: figure out the system, insert yourself, help the system function without you, remove yourself. I guess there’s some stress in that, but there’s also a lot of relief. No longer do I feel like I need to walk on eggshells and constantly brace for being blindsided by unfamiliar customs and practices.

Working at my school last year sometimes felt like walking through a dark room full of furniture: there was a lot of falling down, and between falls there was a lot of apprehension. I think this new year should be better. That isn’t to say that the lights will be on in the room, but I have a pretty good idea of the path in my mind, and I can seem some light at the other end of the room. 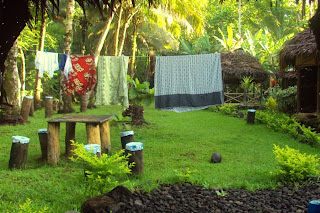 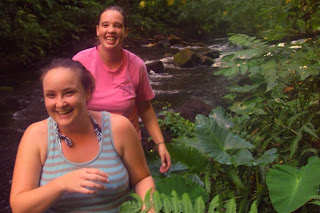 Briony and Blakey on the river hike. 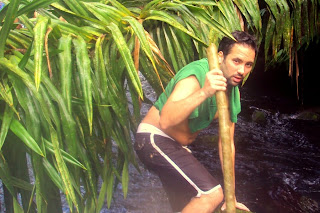 6 days on the island and Chris is Samoan.

I'm still enjoying your ups, downs and turns of your Samoan experience! A true survivor!