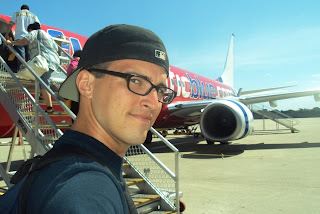 Hey there. Between the Australia trip, Cultural Exploration, and Chris’s guest post, I haven’t written a run-of-the-mill post in a while. This is weird. How does this work? This disorientation has manifested itself all over the place recently: coming back from Sydney, falling back into the Peace Corps lifestyle, preparing to go back to school. It’s a new year in lots of different ways, and I’m just to remember the old routines.

The problem with all of this re-adjustment is there’s been a helluva lot going on. I arrived back late Saturday night, Chris came in early Wednesday morning. I’ll leave for the airport with him tonight where Supy’s family will pick me up (along with Supy’s American friend who comes in from Tonga) and take me to Group 81’s Mid-Service Conference, which actually started today. That goes until Wednesday. Thursday is the Peace Corps Samoa All Volunteer Conference, and Friday Phil, Koa, and I will attend the Congregationalist School Teacher Conference, which actually starts Wednesday. Then a short weekend, and students show up on Monday.

So I’m starting to feel a little frantic.

Some transitions are easier than others. The Samoan heat has been oppressive lately. At first I attributed my discomfort to my acclimation to Sydney, and I thought it would take a few days to re-acquaint myself with Samoan’s unholy heat. But I swear—people who didn’t leave the country have corroborated this—it is abnormally hot here.

Beyond that though, things haven’t been too bad. It’s been nice having Chris here to ease the transition. He’s had a hotel room, so I’ve been able to shower with hot water a couple times, and I’ve had time to get back into the Samoan lifestyle.

But now Chris is leaving and it’s time to sit down to work. Phil has been drafting some preliminary curricula for the year 9s, 10s, and 11s, and I’ve got to start reading through those so we can all agree on a teaching schedule before the school year starts.

My computer lab is in a slight state of disarray. Our school secretary is currently using one of the computers from the lab because hers pooped out at the end of the school year last November. Max helped me reinstall the operating system on my server, but there were still kinks to work out, so he was planning on making a trip out to my school before he left. But time got away, so now I’ve got to figure out the kinks myself.

This time last year, my school’s Heads of Department were already meeting to hammer out the schedule of classes, but those meetings haven’t started yet. Part of the problem is last year’s Education Director moved to New Zealand so lots of things—hiring new teachers, holding the teacher’s conference, etc.—have been delayed.

I think it’s safe to assume most things won’t be completely finished by Monday when the kids show up. But the first week of school is all cleaning and singing anyway. So there will still be time, which is good. Because I’m still feeling a little disoriented. 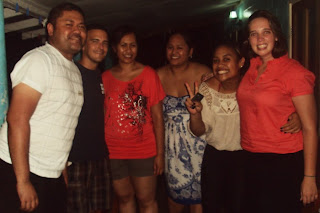 Blog readers Andrew, Liz, Grace, and Christine invited Blakey, Me, and Chris to their family barbecue out in Fagalii. We graciously accepted the invitation. 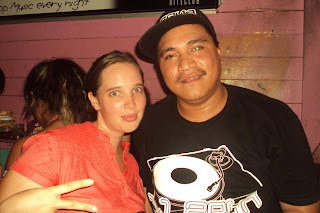 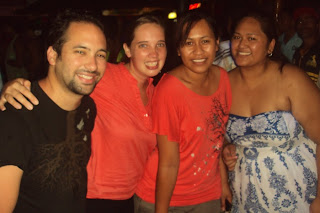 nice article with cool pictures thanks for sharing this with us..

P.S> its FAGALII not FALEALILI thanx Matt you've just made my whole year....lol it was great having you guys over as well....
Lis.

OMG - you posted two pics of me :)
It was wonderful having you guys over...might be seeing (stalking) you again in the near future.
-Grace