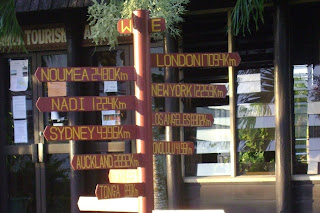 Where are you going? Dave Matthews asked the question back in Summer 2002, but he wasn’t prying. He just wanted to know, mostly because where you are is where he belongs. It was also the theme of the Emerging Leadership Program at USC the year I was on the planning committee. “Where are you going?” It was a metaphor for thinking about the future and setting goals and that kind of thing. But here in Samoa, it’s a common practice to ask other people, point blank and matter-of-factly, “Where are you going?”

Before we get into proper usage, how about a quick lesson in pronunciation? The E at the beginning is formal, so when spoken it’s often dropped. The te runs into the alu, and the i is pretty much inaudible when spoken fast. In fact, when spoken, the phrase sounds like one word: talufea (tah-loo-FAY-uh), or if you’re speaking K, kalufea.

I’d say I’m asked this question around 4 times a day. If a student sees me around town, s/he will say hi, and then the very next question will be e te alu i fea? My pule asks me. Guys at taxi stands. Security guards. People on the bus. Complete strangers. In America you might run into a friend somewhere and ask, “Where are you off to?”, but that only comes up in specific situations. Here, it’s different. It’s pretty much acceptable whenever, wherever. There’s less social taboo around what Americans would call being “nosey.”

I think this emanates from Samoa’s collectivist culture. In order for the community to support and protect you, the community needs to know your business. I also think I get more of it because I’m a palagi, and people get curious when they see me walking down the street.


This interaction can be even more awkward when the question is asked in English. It’s usually a brusque “Where you going?” It grates on the ears.

I’ve evolved to deal with this question in two ways. If I’m asked by someone I know—my pule or a student—I always say, “Fa’atau.” I’m going shopping. This answer is both satisfying and uninteresting; it quells the curiosity.

On the other hand, if a stranger asks me, I simply point in the direction I’m walking, nod, and then continue walking. This response will annoy the asker, but it is an answer to their question, quite literally. Where am I going? I’m going this way. It’s definitely acceptable though; I know because students have given me this response when I throw the question at them.

That is the one perk of being asked all the time: it gives me free reign to ask everyone else where they’re going. And I do, on occasion. Where are YOU going? 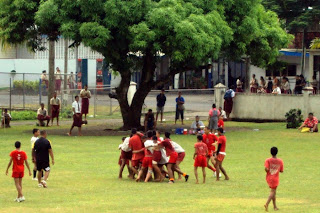 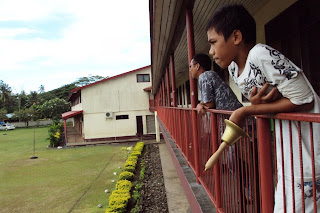 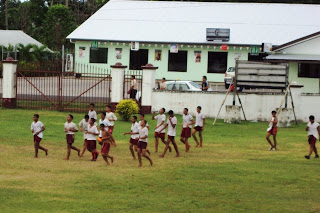 The boys after the game. Victorious. Undefeated. 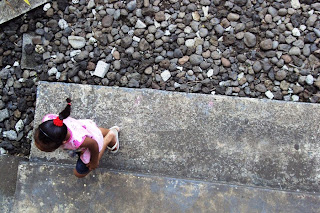 It's just to say something, so they are not rude by not acknowleging.

I agree with the above comment :) ... but those are the perfect response...another one is to pretend you are in a rush to go somewhere :) ..