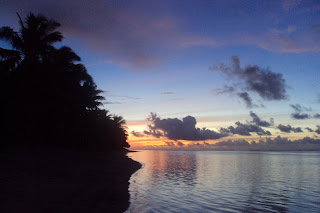 With Luisa in town and an important Peace Corps event earlier today and school exams coming up next week and my professional typist skills in demand, I missed posting yesterday. Forgive me. This happens from time to time. Suffice it to say things are busy and I’m tired. My Vice Pule stopped me this morning to ask me to type out the timetable for next week’s mid-term exams. Next week: no classes, 1 exam to monitor per day. I’m ready for that. Here are some other odds and ends from the week:
That’s all I got for this week. I hope you’re well. Pictures below. 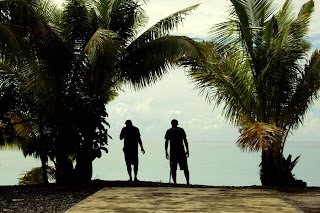 Silhouettes of guys at Le Waterfront on Savai'i. 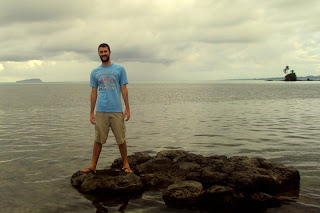 Phil and his backyard. 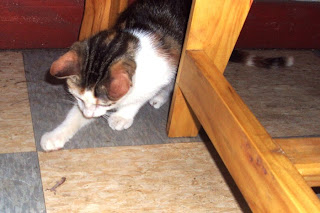 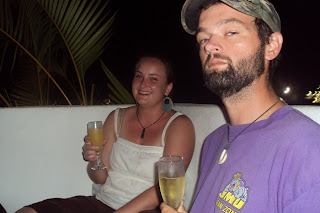 Out for Briony's birthday tonight.