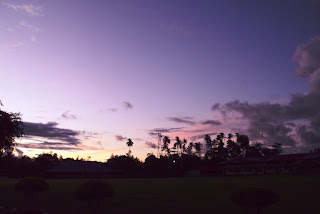 We had school today. All my yapping about boats on yesterday’s blog, and Maengi gets home at 10 last night and tells me that while I was at the moderation meeting yesterday, the teachers decided we needed to have school today and pushed back the Aso Maliu assembly to this afternoon. I left school at 1:00 p.m., sprinting to catch the 2:00 bus to make the 4:00 boat. I’m stressed, the cat’ s annoyed about being in a box, the ferry is filled to the gills with people. The weekend got off to a miserable start, but now I’m at Phil’s, and Blakey’s here too. Here are some odds and ends from the 3 of us:
That’s all we got for this week. I hope you’re well. Picture below. 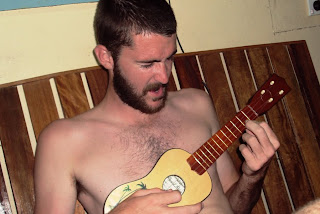 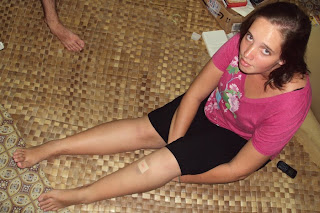 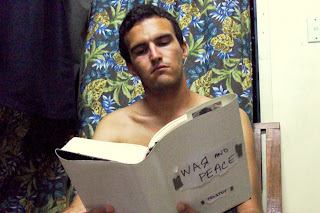 April Fools across the board, of course.

Does that mean you didn't punch someone? I truly hope you didn't! But I never thought for a minute that you were pregnant.

Is the new ferry the best thing ever for Savaii or what?

Phil, I'm glad you are going to stay for another year. Savaii is the best place to be, but can you blog more like everyday, like Matt, please, faamolemole. Oh, whatever happened to that guys hand? Blakey, talofae ia oe ua e nofo i talage o Tuilaepa!!! Did you tell him to move because you couldn't see Savaii? You should ask him what the hell was he thinking when he switched driving on the right side of the roads. Tell him you are americans and you are smarter than those frigging English! Lastly, you tell him to watch his diabetes.
Matt, you can punch those Aussies anytime, they don't like Americans, but please don't punch a Samoan!!!

Wondered what you were going to do to follow up the Clinton visit last year. Maybe an Elvis sighting....but pregnant is pretty good.

If you were Mattilda before you became Matthew, then you could def. become preggie, or if you were Matthew all along, you would be called the Immaculate Conception of St. Matthew:)