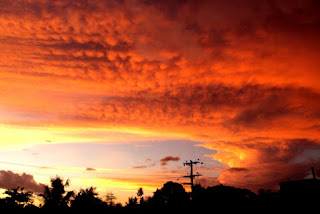 We’re in the middle of mid-year exams, which is awesome because work-wise, it’s half days all week. Also, I don’t have to teach. But the other side of that coin is I come home every day with a huge pile of tests to grade. The load isn’t nearly as bad as it was last November, but the final tally will probably be somewhere around 200. Surprisingly, I find grading to be the most loathsome part of teaching. Lesson-planning is a drag, and disciplining students is really annoying, but neither compares to the drudgery of grading papers. What a snooze. Here are some other odds and ends from the week:
That’s all I got for today. It’s late and I’m exhausted. I hope you’re well. No pictures today.
Posted by Matthew at 11:59 PM