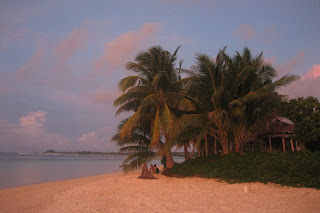 To say nothing of the fact that I was able to travel to Auckland and Sydney last year, I was also fortunate enough to meet up with Matt. On both occasions he would sometimes suggest that I write a blog entry from time to time. I declined, but now that I’m actually in Samoa, it seems I can no longer postpone my contribution to Matt’s Samoa Blog. Plus, I’ve already broken protocol by not posting on the appropriate Guest Post night. Apologies. Apologies, everyone.

As you have read from recent entries, the end of the school term is busy with rugby games, activities, and testing, which means I’m left to entertain myself for the first part of the day. Typically, I’ll spend some time sneaking into local hotel to lounge at the pool, going to the fish market for oka, and taking full advantage of the DVDs here at the house with the cat. It’s been fun to meet some of the other volunteers whom I’ve only known from blog photos up to this point, too. In spite of the busy school schedule, we’ve still been able to squeeze in a comprehensive sightseeing schedule.

I put in special requests for the Baha’i temple and the Papase’ea Sliding Rocks (of Death?), but the real highlight was the weekend trip to Savai’i a few days after I arrived. Phil was a most gracious host, and his backyard rivals the properties of some of the resorts we walked through this past weekend. Staying at the Tanu Beach Fales in Manase was a real treat, too. I could get used to rolling out of bed and straight into the ocean.

Another unexpected adventure for me was renting the car and driving all around Upolu. The rental company was unable to fulfill my request for a left-hand drive car, but the agent assured me that my “free upgrade” to a right-hand drive car of the same model would be easier to drive on the roads here. I was skeptical, but I climbed into what I would normally consider the passenger seat, and we were off. The rental guy was actually right about driving the roads here, and the only problems I encountered were some nasty potholes on the less-maintained roads outside of Apia.

After hearing about and seeing pictures of life here in Samoa for such a long time, it’s almost surreal to be experiencing it myself. There are many things that remind of the times I travel to the Philippines with my parents, but I was particularly struck by a seeming lack of socioeconomic disparity. Samoa is unquestionably a developing country, but you never get a sense that the people here are devastatingly poor, perhaps because there are very few ultra-rich to juxtapose them with. Apia is clean and functions well, and I never once saw a homeless person or was harassed for money, even when I walked around alone. I couldn’t say the same thing for other developing countries I’ve visited. Hell, I couldn’t even say the same thing about living in San Francisco.

All in all, I’ve enjoyed my time here, but I’ll admit I’m ready to escape to the more temperate weather in California. 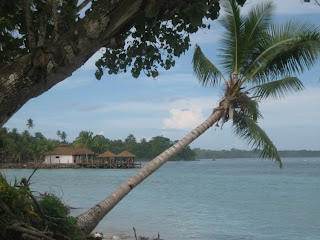 A view of Sinalei Beach Resort as seen from Coconuts Beach Resort. We walked through and looked around on the drive down to Faofao. 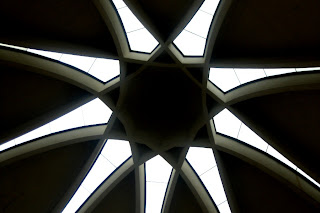 The ceiling of the Baha'i temple. 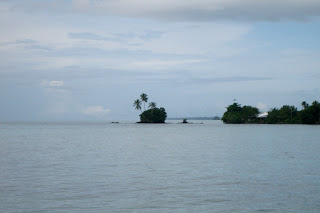 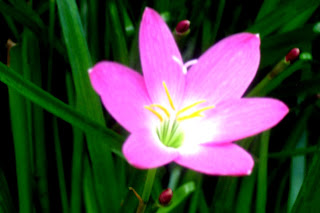 One of the pink flowers in Phil's backyard. They bloom for a day and then die.

Good to hear that you have a great time in Samoa... enjoy the rest of your stay.

They think you are Samoan, you look Samoan, but poor people are there, they don't complain, but the old money people make decisions, like changing the sides of the road to drive. That idiotic prime minister took it upon himself to do that.