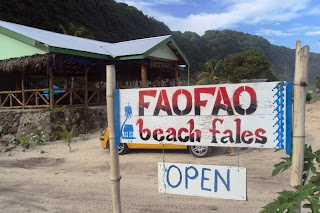 My phone line is crackly enough my modem can’t establish a connection with the server. I’m not sure where the problem is. My neighbors haven’t said anything about having problems, and nothing seems wrong with the jack. This means I’ll need to post from the Peace Corps office or a LavaSpot location until I can get the line fixed. I’m worried this may mean posting less frequently. We’ll see.

In other news, Luisa and I rented a car yesterday and picked up Koa and Summer and headed down to the south coast to spend the night at the Faofao Beach Fales.

As you may recall, Group 81 had our Early Service Training at Faofao, my sister and I stayed there last September, and shortly thereafter Faofao was ravaged by the tsunami. Lalomanu and the Aliepata district got quite a bit of press, and thankfully Faofao and its village, Saleapaga, had a low casualty rate. Nonetheless, the village was leveled and in the aftermath, it was difficult to tell where anything used to be.

I’m happy to report the recovery effort is going strong. As evidenced by our stay last night, the beach fales are back up and running. They’ve built 6 fales, 4 of which were occupied last night. I was told the fales would not have electricity, but I was told wrong. We had a light. It was awesome.

The dining facility seems in good shape. The food was great, and the booths and tables seems straight out of a 1950s American diner.

The family matriarch, whose name escapes me, remembered me and seemed quite happy to be playing host again.

On the way back to Apia this morning, we drove through other areas detrimentally affected by the tsunami. Some places seemed more along in the recovery process than others.

The one universal improvement was the greenery and foliage. Part of the horror of the tsunami was the saltwater killed off a lot of the trees and plants, and so in addition to the destruction and human toll, the whole area was brown and dead plants were everywhere.

The tropical climate is conducive to plant growth, and in the last 7 months, the green has rebuilt itself and flourishes once more.

As I said before, the destruction is still there, and there’s much work to be done. But it’s clear efforts have been strong thus far. 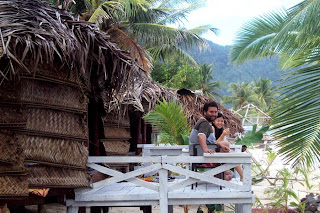 Koa and Summer in a new Faofao fale. 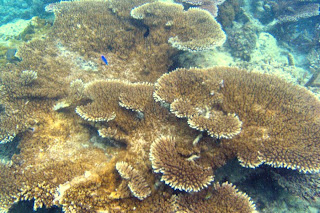 Coral is back up too. 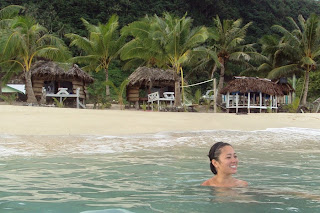 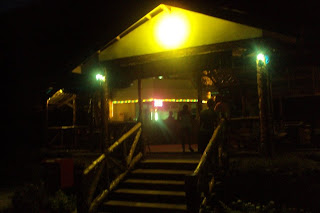 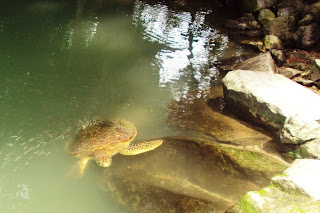 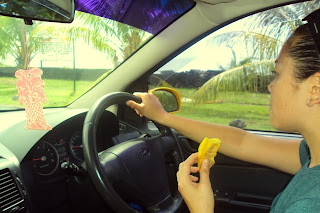 Labels: Out and About