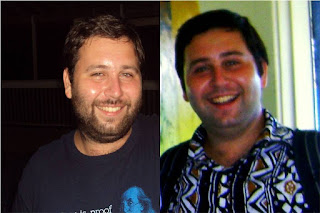 Spanish makes things easy. Nouns are divided into masculine and feminine, which dictates whether they’re spoken of with an “el” or a “la” respectively, and the great majority end in an -o or an -a clarifying male versus female. Sure, there are words like “reloj” and “calour”, which don’t end in an “o” or an “a”, in which case you just have to know. Samoan o’s and a’s work slightly similar to this, with the exception that there’s no clarification. For all nouns, you just have to know.

O’s and A’s only become a factor when using possessives. Mine, yours, and his/hers are lo’u, lou, and lona or la’u, lau, and lana depending on whether the noun is an O-noun or an A-noun. For instance, “My father is Joe” would be O lo’u tamā o Joe. See the possessive? Tamā, the word for “father” dictates whether it should be lo’u or la’u.

O tends to be for the more important things in life. Parts of the body are all O-nouns, as are family, places, and certain articles of clothing. A is everything else.

In language training they told us the best way to guess whether a noun is an O or an A is whether it became a part of Samoan life before or after the missionaries showed up. Tools, money, eating utensils, church, and most animals fall into the A category because they’re all a little Johnny-come-lately. Matai titles, genealogy, boats, and lavalavas all have proven themselves worthy of the O.

There are, of course, some strange exceptions. Though almost all family falls into O, “wife” or āvā is an A. Hair, head, chin, and neck are all O, but “beard” or ’ava is an A. The generic word for plantation, fa’ato’aga is an A, but any specific type of plantation—a taro plantation (ma’umaga), banana plantation (togāfa’i), coconut plantation (togāniu), etc.—is an O.

Our trainers were huge sticklers about O’s and A’s. They’d stop us mid-sentence to make a correction. I guess in Spanish it would sound goofy to say la gato or el mariposa, so maybe it makes sense.

Then again, the line between O and A in Samoan seems to be a little blurry. I’ve been called out for many many things during my time here, but never confusing a lou with a lau. I’ve talked about this with other volunteers, and some say they’ve observed the same person use the same noun in two different contexts and used lou for one thing and lau for another.

But as they told us constantly during training, Samoan is a context language.