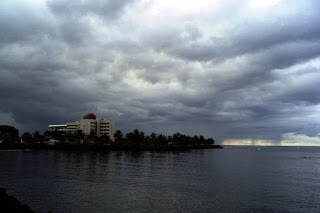 True. It’s not Thursday. But next week I’ll be doing Odds and Ends on Friday, so I think it all evens out, right? In any case, coming off of 4th of July weekend has been a downer. There’s not another holiday until Father’s Day sometime next month, and my ability to stomach these long periods of solitude seems to be dwindling. This next stretch of school is something akin to the President’s Day to Memorial Day stretch in corporate America, where it’s just a filthy long time to go without a 3-day weekend. Here are some other odds and ends from the week:
That’s all I got for this week. I hope you’re well. Pictures below. 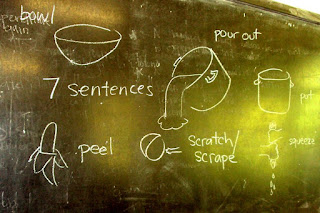 The chalkboard from this morning's English class in which I made the kids write journal entries explaining the steps in "Making the Saka". Literally, saka means to boil, but it also tends to be an umbrella term for making a fire; boiling water; readying the taro, bananas or breadfruit to be boiled; boiling them; preparing the salted pe'epe'e sauce; dumping the water; and cooking the starchy vegetables in the sauce.
The kids had a host of questions about vocabulary words. So I drew little pictograms along with the English. As seen above. 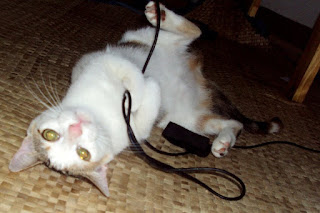 Good to know who that tall guy was in that pic with you. Looks like he made good use of the knowlege he gained in Samoa during the Peace Corp.