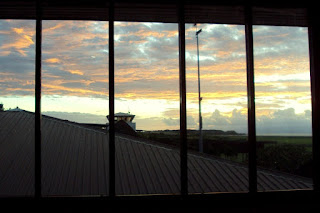 My friends Jen and Tommy flew in from New Zealand tonight. They were supposed to fly in from Los Angeles 36 hours earlier, but apparently some mechanical failure on the plane was a big enough issue Air New Zealand had to cancel the weekly direct flight from LA to Faleolo. In any case, I took the bus to the airport this afternoon, which got me there approximately 4 hours before their flight got in. This was by design, and I brought along a book and my iPod and a notepad to handwrite tonight’s post. Here are some other odds and ends from the week:
That’s all I got for this week. I hope you’re well. Pictures below. 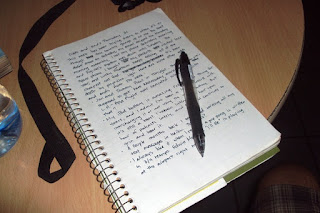 I rarely write posts by hand. 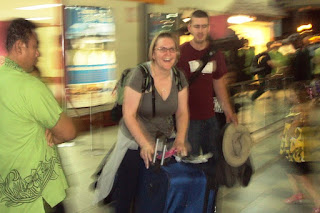 I'm happy to read that Jennifer and Tommy actually made it. I hope you all have a wonderful weekend.

Thanks for the posting the picture of Jen and Tommy. I'm so glad they finally got there. YAY! Have a great time.

Haiku texts? Do it!!