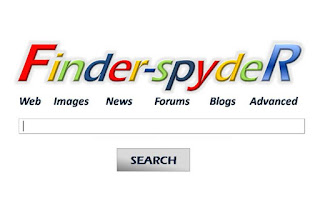 “Something’s wrong,” the girl next to me was perplexed. The two of us were surfing The Web on the art room computers my freshman year of high school. I turned my attention to her screen. “The Internet,” she said. “I reached the end of it.” Having heard the Internet was endless, she couldn’t figure out how she’d reached the bottom of the web page. I’m not sure what my response was, but it doesn’t seem too long ago there were a lot of people in The States who had no idea how the Internet works. In Samoa, the concept of the Internet still seems a bit elusive.

Occasionally students will approach me—many of whom are older and no longer in my class—to ask me for help researching a particular topic on the Internet. Though most homes in Samoa don’t have a computer let alone Internet access, The Web is still vaguely known to be a good source of information. So every once in a while a student will ask me to find them sources on a given topic—usually history or economics related.

We have Microsoft Encarta on the computer lab computers, so usually I will refer students to that before agreeing to do Internet research by proxy. For some reason a bunch of the science students have been asking me for information on the acidification of ocean water. I’ve sent them all to the Encarta entry on “Acid Rain,” which isn’t really sufficient, but it includes a few parts about the acidification of lakes and streams. Same difference.

Today, though, two girls approached me separately to ask for Internet help, each posing a different problem.

One girl, Tauinaola, came into the computer lab second period. “Can you do some research on the Internet for me?” she asked. “My topic is ‘The Limitations of a Financial Statement.’” As with the Ocean Acidification kids, her topic was vague. I asked her what she meant by The Limitations of a Financial Statement, and her only response was a shrug. I asked how it was brought up in her Econ class, what the context was, what else they were learning about. She shrugged more.

As a teacher, it seems like there’s an ethical dilemma here. While I recognize there’s value in knowing how to Google something, I’m willing to do it for certain students, provided they give me enough direction.

The other girl, Penina, approached me before school. “I need you to search for some information on the Internet. I’m doing a report on the history of our school.” My expectations for any such information were low. Immediately I tried to dissuade the girl from thinking the Internet would help. I told her it would be better to get information from the Principal’s office. She would hear none of it.

During my prep period I dialed up. I found a couple sites with terse answers to Tauinaola’s question. The thinness and directness of the web articles seem to match the flimsy topic she’d given me. I printed what I found.

The search for Penina’s topic was even thinner. In fact, if you Google the history of my school, one of my blog posts is the top result. Talk about garbage!

Penina wasn’t happy to hear my search had come up empty. “Why is there no information?” she asked. It’s hard to explain. 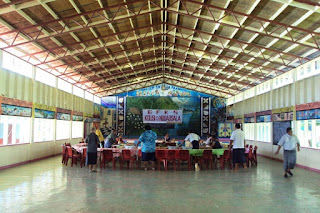 Last week we attended the Athletics officials' meeting at Nuuausala. This is the inside of their hall. 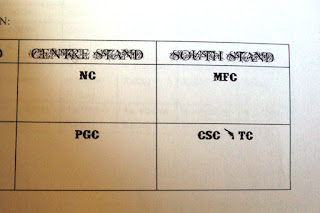 These are the seating assignments for the different schools at Friday's meet. Check out the symbol used for the ampersand between CSC and TSC. What does that mean?

That means we're holding people up at gun point and taking the meet by storm!!! Tisco Master