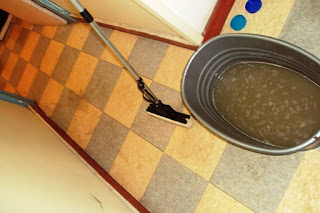 “The ants make little piles so we have to sweep every day,” my neighbor Maengi told me during my first few days of living next door to her. For a while, that was the case. I remember moving into my house and being disgusted by the dirt on the floor, the ring around the sink, the gecko droppings lining the window sills. Did they use my house to keep pigs before I came in?

The answer, of course, is no. The inevitable truth of living in a climate where bugs thrive and the heat is so much the windows have to be opened 24 hours a day, dirt gets in. The humidity penetrates damn near everything, things rot and decompose so fast you can smell them only briefly, the ants are such a force they should have their own seat in parliament.

I’ve never been a stickler for cleanliness, although I’m no Pigpen. Friends back home might take issue with me saying this, but I believe I fall somewhere in the middle. I’ll enter into a game of chicken to see who will take out the trash. I’ll live in relative filth for days. But I’ll also be the one to cry uncle. My dirt tolerance is high, but not through the roof.

I bring all this up because I mopped tonight. I have friends flying in tomorrow, and I don’t want anyone thinking I live in squalor. I figure I’ll roll out the red carpet, clean up after the cat, sweep the cobwebs out of the corners.

But every time I clean like this, it only reminds me why I do it so rarely: it feels so pointless.

Dirt is an abominable force in my house. By the time I finish sweeping my small house, it’s time to start sweeping again. I mopped with bleach, and then I mopped with floor soap, and there are still copious stains dotting my linoleum. Clean surfaces seem like vacuums for dust; the dust fairies follow me around the house spreading a new layer the moment I finish an area.

It’s totally warped my memory of America. Our apartment in San Francisco was rarely if ever “clean”—one might have used the phrase “straightened up” from time to time, but never “clean”. In fact, as I recall we’d have girls over and they sit on the couch quietly appalled.

Yet in my house here, my recollection is our apartment was virtually immaculate. How did we keep the piles of dirt outside? Did we have a maid? It was so clean!

And I worry a little about adjusting to life in The States. What will the cat do when she’s introduced to an environment where there aren’t a handful of ants and dead millipedes in every corner?

Hey, look at the time. I gotta go sweep again.

I hope you’re well. Pictures from snorkeling at Phil’s house below. 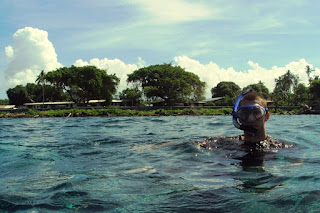 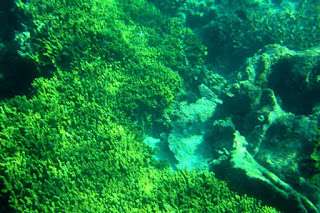 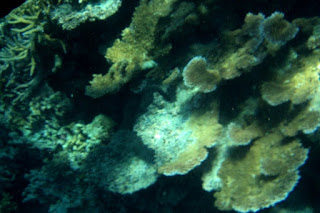 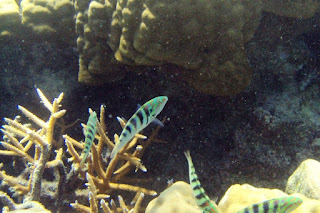 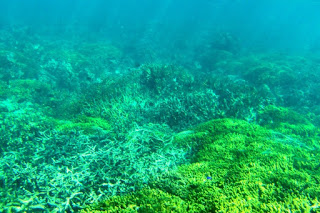 Jen and Tommy arrived in Auckland this morning and have boarding passes for Apia. Looks like they will actually arrive this time.