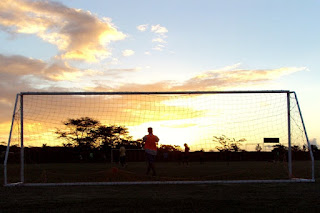 I realized today teaching-wise most school days only last the first 3 periods for me. It seems like more often than not lately I’ve been tasked with some sort of odd job that precludes me from teaching the second half of the school day—almost always not by choice. Friday the school secretary needed my help re-constructing an Excel spreadsheet in order to register the year 12s for the School Certificate exams, yesterday was that strange cross-town odyssey, the day before was spent taking class photos of 6 form classes. I’m happy for the change in routine, but I’m a little worried about falling behind in the curriculum. Here are some other odds and ends from the week:
That’s all I got for this week. I hope you’re well. Pictures below. 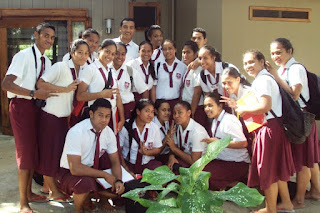 Pictures Year 13 Amanda took with my camera last Friday. This is the year 13 geography class. 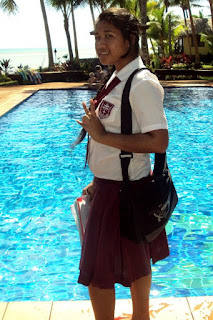 Maria from my computer class posing by the pool at Le Vasa Resort on the south side of Upolu. 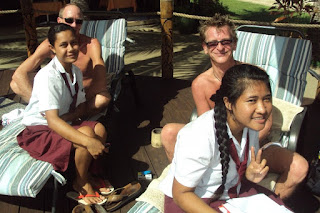 Girls giving some tourists a thrill. 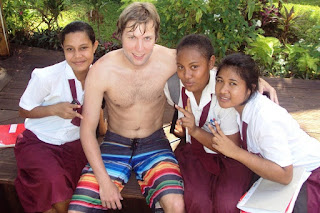 <
Posing with a surfer dude.

Answer to the sigma notation problem above.

The corrected problem is much easier! That one I could at least attempt.

With the "throw up" experience, you'll be all ready for parenthood. Oh wait...Leal children aren't allowed to throw up.

because i am only now catching up, i must read about all your soccer posts!