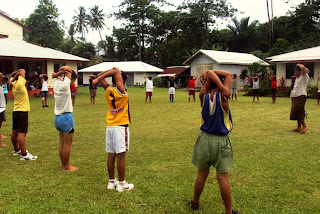 My dad coached a bunch of my soccer teams growing up, and at the end of most practices he would give the team a little pep talk. And after he’d said what he wanted, he’d look at the assistant coach, my friend’s dad Al, and ask if he had anything to say. Now, Al was a great guy, very nice and smart as a whip, and I remember his pep talks well. He would grumble, “We need to work on our fundamentals.” And he’d leave it at that.

Al was in my mind after today’s rugby practice when after a long lively speech in Samoan, Taleni gave me the floor. “Anything to say, Matt?”

I am excited and baffled about being the assistant coach for one of my school’s rugby teams. Last year I was a bit of an afterthought, so I feel a little honored to be asked to coach this year. But, I am baffled by rugby. It’s the most popular sport in Samoa, and it’s on TV a fair amount. I watch on occasion, but I’m still unclear on the rules. It’s similar to American football, but more fast-paced. Beyond that, I’m bewildered. And bewildered doesn’t instill confidence in players.

Fortunately, I’ve been assigned to the “sixth grade” team. Blakey explained this to me this afternoon. There are three levels: Under 19, Under 17, and Under 15. The top team in those levels respectively are first grade, third grade, and fifth grade. Each level has a second level—a “B” team or “Minor” league, if you will—which are respectively second grade, fourth grade, and sixth grade. So I’m the assistant coach for the Under 15 B team. Sounds about right.

Today was our first practice, and I purposely showed up late to avoid awkwardly standing around waiting to get started. I showed up in the middle of warm-ups. The boys circled around Taleni as he led the exercise count. “Tasi! Lua! Tolu!” he’d call. The boys responded in unison, “Tasi!”

All of this is going on in the sweltering heat of early Samoan afternoon, and performing simple stretches is quite strenuous. At one point we got down on the ground to do push-ups, and the heat emanating from the grass was nearly unbearable. We turned over and did some leg-lifters, and I was immediately drenched in sweat to the point my fingers were pruning. No joke.

And then practice was over. I guess today was a cardio/isometrics work-out. Heck, one of the other teams took our ball halfway through our stretching. I guess that should have been a sign.

When we were done, Taleni called the team in for a pep talk, gave his speech, and then made a big deal about thanking me for coming and stretching with them. And then he tossed it to me, “Anything you’d like to say?” He asked.

I heard Al grumbling in my head. And then I said, “Yeah. It’s nice to be here.” The boys nodded. 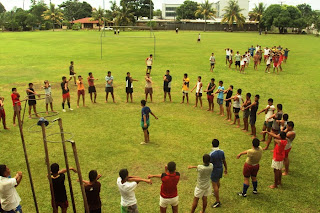 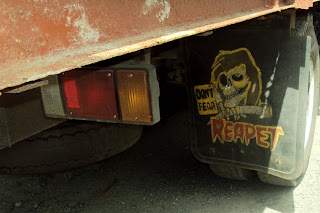 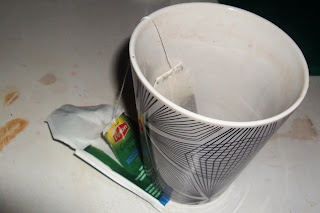 Is this why the tea tab is attached to the enclosing packet? On Sunday night and Monday night I poured the water over the teabag only to have the bag pull the tab in. But last night I had this genius idea. But has this always been the point, and it just hadn't occurred to me?