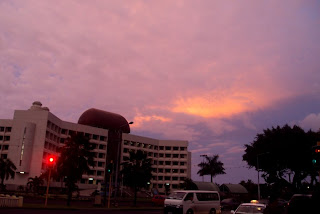 We inexplicably ended the school day after Interval this morning, but other than that, this has been the first “full” week of teaching. I admit it’s been a little exhausting; it’s no coincidence this was also the week of yesterday’s Great Nap. But on the whole it feels good to be back in the swing of things, making progress, seeing kids’ smiling faces over and over. I’m sure that joy will have worn off by next week, but I’ll enjoy it until then. Here are some other odds and ends from the week:That’s all I got for today. I hope you’re well. Happy birthday, Debbie! Pictures below. 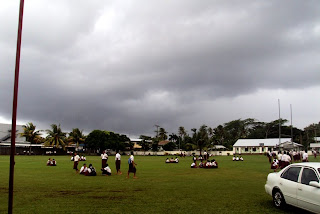 Ominous clouds over the field during Interval today. 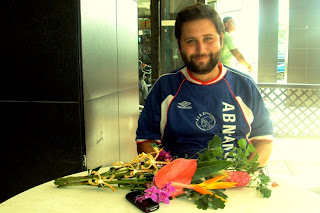 I ran into Koa at Cappuccino Vineyard today.

hahaha that made me laugh out loud. your hillarious mattchoo.