No One Knows What to Do with Themselves 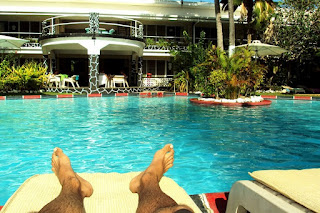 I woke up at 10:30 this morning and watched a bunch of episodes of Arrested Development before I decided today might be a nice day to sit poolside at one of the hotels in town. Living in the South Pacific, Samoa inevitably becomes a tourist destination and despite our day jobs as teachers in the developing world, on weekends there’s sometimes a tendency to cool off at one of the nearby resorts.

So after prolonged preparation and a fair amount of dillydallying, I headed off to the nearest hotel to malōlō. And, wouldn’t you know it, I couldn’t get a deck chair because the 4 poolside were occupied by Peace Corps Volunteers.

Serving in the Peace Corps in the South Pacific, there’s a lot of internal controversy over our reputation as “Beach Corps”. We do a lot of work, but we live in a place where sun and surf can clearly become a distraction. On the one hand we often live and work in the same place, and we immerse ourselves in that work. On the other hand, when school’s out of session and there’s no work to be done, what is one to do?

Most of us brought books, although a couple of volunteers have family in town so they chatted and played catch-up. I splashed around for a bit and talked to a few volunteers I haven’t seen in a while.

It wasn’t the most interesting day, but that’s how things go on an aso malōlō. 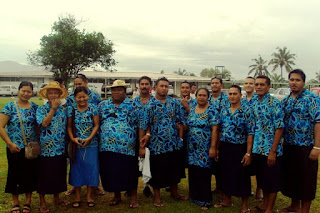 My staff at the parade yesterday. I'm in the back row, far right. 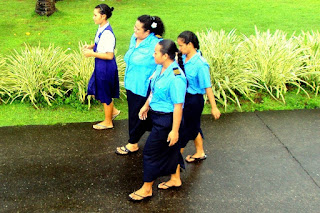 The 3 ladies that look like police officers are actually employees of the Samoan Ministry of Revenue. Imagine if the IRS wore police uniforms. Check out the chevron on her. 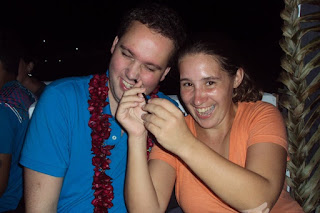 Rough life. Reminds me of the series 'China Beach.'

By the way, the young lady has epaulets on her shoulders rather than chevrons on her sleeve.

You plan to work the hospitality industry when you get back to States?