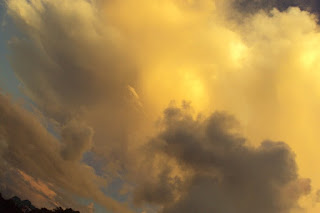 School’s back in session and we’ve already canceled classes for tomorrow’s intramural Athletics meet. During the teachers’ meeting at Interval this morning Bernie announced staff responsibilities tomorrow. I am “Chief Recorder”. I’m not sure I’ve ever been a chief of anything, so this is pretty exciting. There was a guy at CNET who owns the url “www.excelninja.com”, and I’m certainly not there yet. But I do think I came into my chiefdom through my spreadsheet skills. Here are some other odds and ends from the week:
That’s all I got for this week. I hope you’re well. I don't have any new pictures to show, but here are some more photos from last week's Independence Day parade. 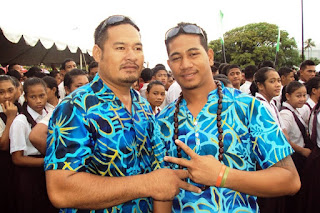 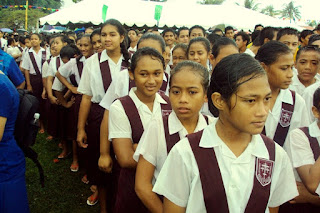 That girl up front Christina is in my science class. 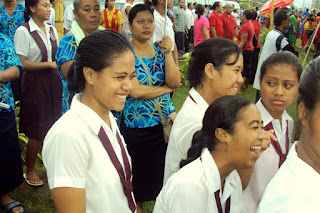 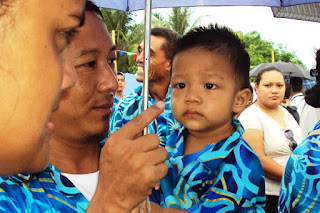 Apong's 1-year-old son showed up in uniform.
Posted by Matthew at 8:00 PM

Your top picture looks amazingly like the pictures of the oil spill. Very strange . . .