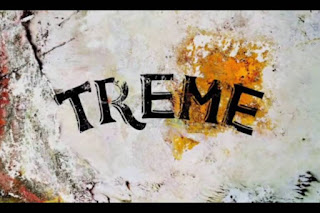 Perspective is a funny thing. Last night someone brought up a scene from an early episode of “Curb Your Enthusiasm” in which a Holocaust survivor and a contestant from the television show “Survivor” argue over who had the more difficult experience. It’s dark and absurd and arguably tasteless, but it provides an extreme example of the way we look at life through the lens of our own experiences. I watched the first 2 episodes of David Simon’s “Treme” this afternoon, and I think Peace Corps life dulled some of the show’s more shocking elements.

The show is set in New Orleans three months after Hurricane Katrina hit, and it follows an array of characters that face, in addition to the normal obstacles of life, the challenges inherent in living in a post-disaster city. I followed the news back in 2005 when Katrina hit, but with characters and a narrative the whole the show lends an intimacy to the disaster.

Many of the show’s images are devastating: a man comes home to find his living room floor caked in mud, a musician who didn’t move his instruments to the second floor before he evacuated, entire communities in darkness. The show doesn’t wallow in all of this, but the horror and the difficulty of life provide a backdrop. I feel like the difficulty of my life here in Samoa, to which I’ve grown accustomed, lowered the shock value.

Early in the first episode a man frets over taking a cold shower because he lost his water heater in The Storm. New Orleans is surely colder than Apia, and I wouldn’t want to trade places with the guy, but I’ve done that cold shower dance lots and lots of times since I moved into my house.

Also, the mud on the living room floor didn’t feel too far off from my life here. I admit my floor isn’t caked in an inch or two of mud, but I do have piles of dirt the ants build along many of my walls. There’s a dead millipede in the corner, lizard feces under the window, and ant piles along the floorboards. And I swept this morning! My house has four walls and a roof, but life here still feels a little like camping.

I don’t want to sound insensitive. Coming to a developing country for a finite amount of time is very different from having your entire life taken away by a natural disaster. The devastation is difficult to stomach, and my heart goes out to the people of New Orleans. I can’t imagine what it feels like to have your hometown, your possessions, your livelihood, your community washed away.

At one point a man walks down the street and drinks from a can. For a moment my mind was transfixed by the obvious faux pas, but then I realized the show is set in New Orleans, not Samoa.

In any case, it’s a really good show. You should watch it. 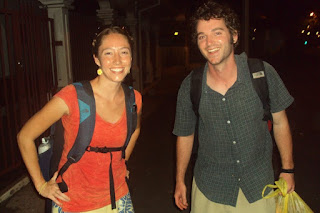 I ran into Dana and Matt (both 82s) tonight on my walk home from the grocery store. They are in town to help Erica 80 with a soccer clinic. 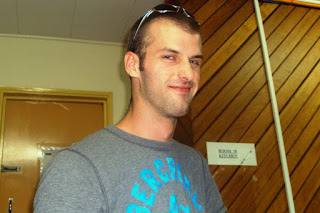 I'm from/in New Orleans and also applying to PC, so your thoughts are interesting. I'm nominated for Central/South America and they are prone to hurricanes, just like N.O. At first, I was freaked out, but I understand the hurricane dynamic. My only issue is that N.O. was similar to a developing country immediately after Katrina. Now, imagine a developing country being knocked (further) off the grid post-hurricane! I try to put the thought out of my mind! Live in PC will be very interesting for me!