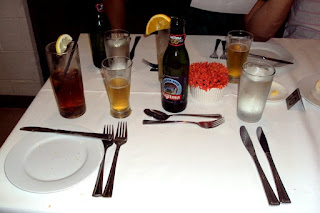 Never was I a big enough Foodie I could pay for extravagant meals on a very regular basis. Nonetheless, I would, on occasion in my past American life, make it out to classy sometimes pricey places for dinner. From what I can tell living in Samoa, most of the locals don't care much for food prepared by someone else; that is, most people prefer not to eat out. Most of the other patrons at the pizza joints and other restaurants in town tend to be other palagis. In Samoa it just doesn't make sense to spend a lot on a gourmet meal.

Which is why it was such a treat to attend the Rotary Handover at Visions, the hospitality learning center at the National University of Samoa. The meal, which comes with a complimentary 'mocktail', costs WST$40, and was worth every penny. Here are more photos from last night's dinner... 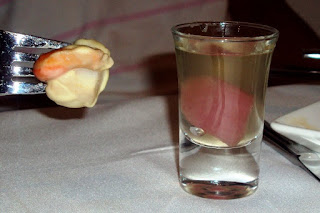 For my first course, I ordered the scallops as seen on the end of the fork at left. Rapi, who sat at my table, ordered the Tuna 3 Ways, one way of which was in a "Wasabi Shooter". 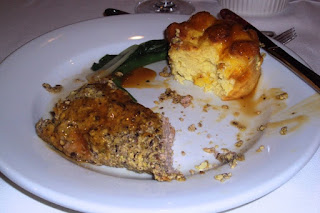 My second course was the breaded pork and souffle with orange and black pepper. 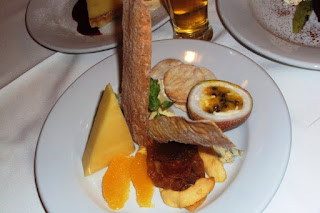 For dessert I opted for the cheese, lavash, and fruit. There was brie, bleu, and cheddar. Blakey and I calculated there was probably WST$50 worth of cheese on the plate. 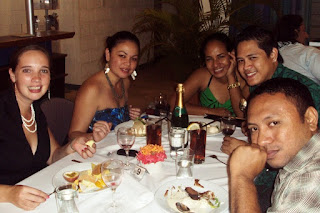 A bunch of the Rotaract kids attended. 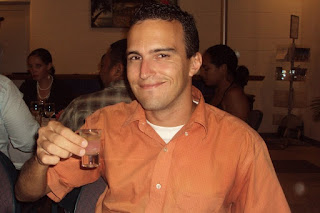 Rapi didn't want the wasabi shooter. So I ate(?) it.