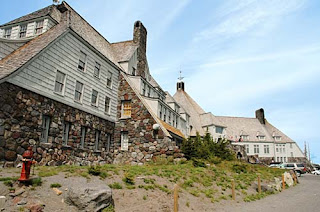 Did last night really happen? When I woke up this morning, everything was just as it should be—the cat was fed, my glasses were next to my pillow, the sky was blue. Last week I had a dream in which a foul-mouthed Steve Gutenberg asked me questions about my Peace Corps experience. That was a dream. But all of the evidence today points to the stirring possibility that what I remember of last night actually took place.

The night began unremarkably: a bunch of us met up at the Peace Corps nightclub du jour, Y-Not, for drinks and conversation. I played poorly in a game of pool, watched some of the replay of the Fiji-Samoa rugby game from yesterday, and commiserated with a few other Americans over the USA’s loss to Ghana in the World Cup. When the waitress came around to announce Last Call, I was sitting at a table with Blakey and her Fijian ex-pat friend, shooting the breeze.

Blakey’s friend, who had not been drinking, has a car, and even though I live walking distance from the club, I graciously accepted a ride home. On the way, we stopped to pick up some kekepua’a at a faleo’oloa, where Blakey ran into yet another of her friends. “Something’s going on at The Spot,” the faleoloa friend said.

In any case, someone knew where The Spot was, and we went.

Ever since the Road Switch, bars and nightclubs in Samoa close at midnight on Fridays and Saturdays. But for whatever reason, The Spot opened around 1:00 a.m. As is usually the case, we were one of the first groups to arrive. Peace Corps often tend to be the awkward kids that miss the memo about arriving fashionably late.

The Spot is a sprawling house up the mountain. A large wooden patio outback had a breathtaking view of the Apia Harbour, and a baby grand piano sat regally in the entryway. We sat at a table on the patio, chatting and taking in the view.

As people began to arrive, it became clear the guests were a veritable who’s who of Apian young adults. The party had the feel of chic secrecy; like the people in our car stumbled on a surreptitious gathering of Apia’s ruling class. It was somewhere between the Springfield Stonecutters and the secret model party George snuck into on Seinfeld. Among other glitterati, there was the guy from the Digicel commercials ubiquitous on Samoan TV, the attractive bartender from Y-Not, and the guy known as DJ OK.

There was mingling and dancing. I saw a guy playing guitar next to the baby grand, so I sat down and accompanied him on piano for a bit (I was horrible. Really rusty.). Several times he brought out an electric guitar tuner as if to check if he was the one who was hitting the wrong notes. It was a charade to help me save face, and I appreciated it.

The whole thing felt fleeting and dreamlike. Even if I knew where the place was and I was to go back this afternoon, I feel like there’d be nothing but a dingy, abandoned house with missing floorboards and dustcovers on the furniture.

And amid all the rubble, there’d be an electric guitar tuner.

Sounds like too much fermented niu the 'Hotel California'.

That's where all the aids from oustside went!!! Probably owned by a government crook or someone with an English last name.

dude you werent supposed to talk about the 'Spot'..Whats the 1st rule of fight club?

Nah just jokes, a not so public after hours venue has always been open in Apia for invited guests only. I'm glad you guys had a good time there.

So I know this isn't related to the point of your post, but I go to a bar here named "Y-Not!" I always thought the name was a little odd, but apparently it's more common than I realized. :o)

Although in the interest of full disclosure, the original Y-Not isn't around anymore. So we have Y-Not Y-Not, and Y-Not Y-Not Y-Not (a.k.a. Y-Not II and Y-Not III).

Well written post. I was getting that Seinfeld episode with the wearhouse vibe before you mentioned it.

Lucky you didn't go to the other 'spot'. The cops patrol around that other spot now! haha

haha, I know exactly where you went.

That place is owned by an interesting family with quite a bit of money but definitely not part of the polite society set.

The cops would never have known about it, but the neighbours recently complained several times to the Police and the Liquor Board because the "spot" was operating outside its licence conditions. lol