Hanging Out and Peter Gabriel 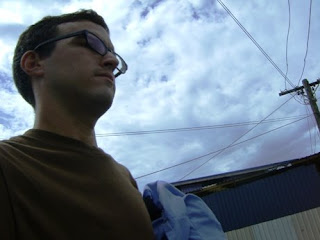 The Peace Corps deposits our monthly stipend about 4 or 5 days before the end of the month. There is an indirect correllation between the number of weeks since we've been paid and the number of social gatherings on a particular weekend. It's a bit of a social binge and purge, and this weekend we're engorging ourselves. In addition to last night’s outing, there is a volunteer’s going away party tonight, and the superbowl tomorrow.

With all this going on, there were lots of people in town. My original plan had been to meet up with Blakey for a late dinner (last night’s dinner was being reimbursed by the Peace Corps on account of the VAC meeting), but she ended up attending the wake of her host mom’s father. Since everyone else I knew had already eaten, I stayed home and had peanut butter and jelly.

There was talk of going to see Fono’s show at The Tropicana later in the evening. Fono is the Safety and Security Officer for Peace Corps Samoa, and he moonlights as a musician at a nightclub in Apia. Erik and I planned to share a cab, so I headed to his place and we waited for others to call us to let us know we should leave.

I introduced Erik to The Wire a couple weeks back, and it has dominated most of our conversation since then. He did have time to give me feedback from the station director about last week’s radio show. Apparently I didn’t leave the door to the studio open. That’s all. No comment on whether he found my Fleetwood Mac double play stylistically bold.

For reasons unknown to me, this plan fell through, and a couple others joined us at Erik’s house. Jenny played “Solsbury Hill” by Peter Gabriel. I’ve recently become more and more a fan of that song. I was originally fascinated by its 7/4 time signature, but I’ve grown to just like the song itself. Dare I say, more than “In Your Eyes.” Sorry, Lloyd Dobbler.

In any case, the rest of the evening wasn’t too notable.

I splurged this morning and paid to have my laundry done. I think I may do this once a month. Laundry costs about $15 WST, which is on the expensive side. That said, the washing machine does a better job than I do. It’s a risky gamble to count on there being enough consecutive sunlight in one afternoon to adequately dry clothes—particularly during the rainy season. The humidity has a tendency to make damp clothes stay damp, and damp clothes start to smell a little moldy. Ewww. So I figure once a month, my clothes deserve a real wash and dry.

Nature nearly got the last laugh though; it rained on my walk to pick up my clothes. But it let up in time for my walk home with the clean clothes. Booya!

I also got a haircut. It still feels weird to pay for a haircut, but I can’t justify buying a set of clippers. The ones I saw in the store don’t come in a box, so storing them would be tough. Also, my floor is nasty as it is, and if I started cutting my own hair, there’d be all the minute clippings to deal with.

So it’s quite the spendthrift weekend. With the economy in the state it’s in, I hope your weekend is cheaper. A couple pics below. 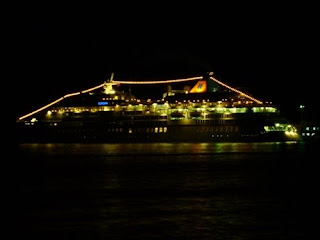 The Europa 902. The most beautiful yacht with a capacity of 408 passengers. 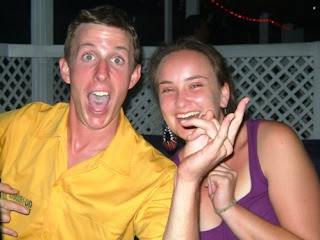 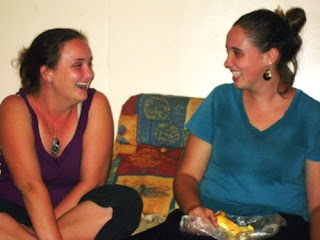 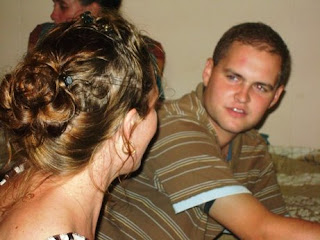 The back of Jenny's head and Erik. 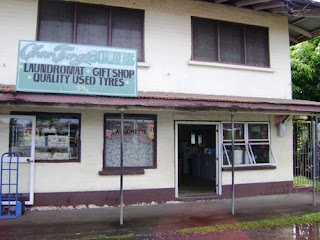 The laundromat. It's difficult to type that without two t's. 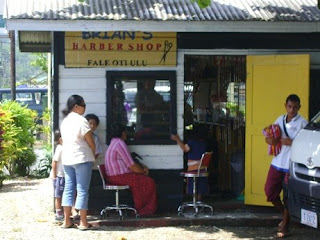 Good work, but I prefer gorged over engorged, because the latter makes me think of those overreaching ads for male enhancement products. Like: "Nice insertion of engorged in that long entry, Matt!"

i LOVE that barbershop picture. something i would frame.