The Binge and the Purge 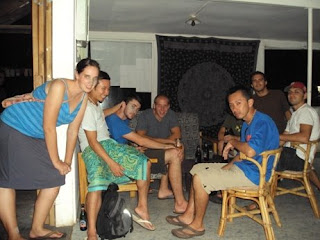 It should be no surprise that the life of a Peace Corps Volunteer is a life of extremes; the commitment inherent in joining the Peace Corps is extreme in itself. 2 years in a developing country is not something people do on a whim. And while the term “ascetic” may be a little strong—after all, I do have internet and a cell phone—the lifestyle is a bit scant. My main form of transportation is walking, I have no television, I have peanut butter and jelly for dinner at least twice a week. Given all this, it’s not surprising that the Peace Corps lifestyle knows very little in the way of moderation.

With school starting Monday, many PCVs have been in Apia this week, trying to take as much advantage of the school break as possible. We’ve been dining out nearly every night, often going for drinks after. It’s quite a contrast from the bare-bone school days when I’m willing to scrape a jar of peanut butter bare before I even think about opening a new one. It’s exhausting, really.

For the most part, I’m fine with the binge/purge structure. In fact, I think it suits my personality well. I teeter on the edge between extrovert and introvert, and I enjoy the quiet solitude of work days and the jolly gatherings of non-work days. My only problem is being in one extreme for too long.

Friday afternoon can be a great day to sit in the office and chat with other volunteers as they come in from the cold. The students and staff at my school are great, but when I’ve been away from other Peace Corps for a long time, it feels good to be with them again. And after 15 weeks of school, it was great to sleep in and hang out with others a lot.

But I think I was ready to go back to school sometime in the middle of last week. It’s not that I stop enjoying the company of other volunteers; I just have a hard time with the lack of structure. The going out becomes exhausting. I laze around the house until 2 in the afternoon, and then go out and spend too much money on dinner. It’s difficult to do for too long.

I think the money issue affects the personality issue. During school days, life is very cheap. I can go a week and spend less than $30, but then I had days this week when I spent $40+. I’m sure June will end right on target budget-wise, but these first six days are far over budget. I hate being over budget. It makes me nervous. And irritable. And I can’t wait for quiet (cheap) solitude.

So it will be sad to see everybody off tomorrow as we all disperse to the four corners of Samoa, but there’s also a sense of relief. With Monday comes structure and routine and affordability. I admit I am excited to go back to school.

Although by Monday afternoon, I’ll probably be ready for a break. Oh well.

I hope your weekend is swell. Pictures below. 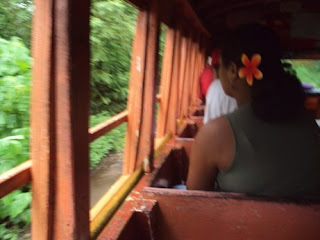 Woman on bus with flower in hair. 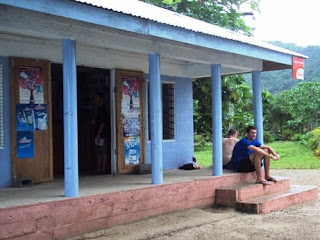 Hanging out at a faleoloa waiting for a bus. 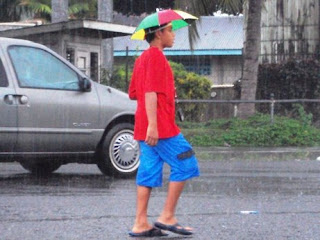 I'm from Malaysia. I bumped into your blog..... good... I'm looking someone to send me a Samao postcard. Could you help me?

I will send you a beautiful postcard of Malaysia as return.

Please kindly reply me by my email at: