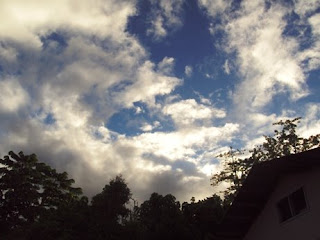 I’d go so far as to say that it’s a little chilly at night these days. During midday it’s still possible to be uncomfortably sweaty, but it cools off quite a bit in the evening. I once asked a Samoan about the way it feels in winter here, and she looked at me like I was an idiot. Whatever. The cool, dry season is noticeably cooler. Global warming is causing the wet season to be less wet and the dry season to be much more. Here are some other odds and ends from the week:That’s all I got for this week. I hope you’re well. Pictures below. 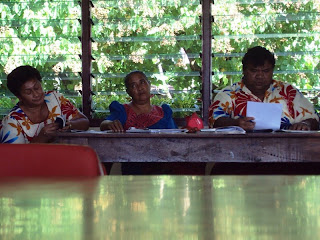 Staff meetings are lousy here too. It's hard to see the facial expressions with the picture this small, so I uploaded it bigger than usual. Click on it to enlarge. Also, Ulia and Tevaga (on either end) are wearing the Independence Day uniform that I (and Peteru in the middle) didn't wear today. Also, Ulia is reading a bank book. I probably haven't seen a bank book since I was 10. 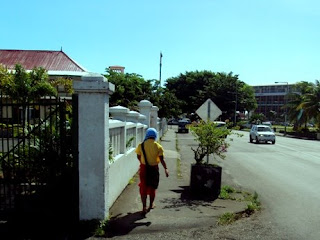 I walked into town behind this kid. His school uniform accented the landscape well. 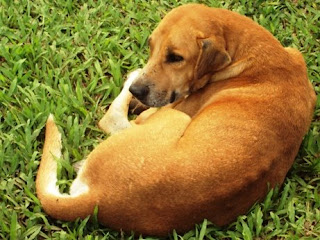 This dog lives on our campus.