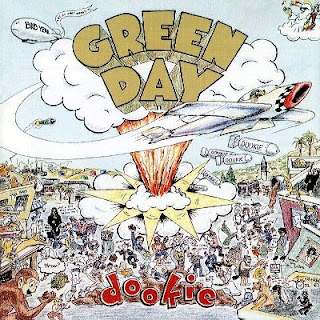 I’m skeptical of the adage about idle hands doing the devil’s work, but I’ve always hated being idle nonetheless. I remember the dog days of summer were a rude awakening for me; I spent the school year looking forward to the freedom of summer, only to be disenchanted and bored by the lack of structure during summer. I love being occupied. I love having something to do, somewhere to be. But this week, much like my summers growing up, is completely unstructured downtime. And it’s still just as lame.

There was an island of structure this morning: the treasurer of the Congregationalist Church called me last night and asked that I come I and help him assemble his computer now that they’d moved back into the corporate offices after May’s fonotele. I told him I’d come in this morning, but he was pretty insistent that we not schedule a particular time. “You come in when you’re ready,” he told me. No. I want you to tell me to be there at 8:30. I want a reason to wake up.

So I rolled in around 9:30. He was happy to see me, and I got to work assembling his computer. It was an easy job, a Darwinian exercise in finding a corresponding outlet for each plug and vice versa. I finished inside of 15 minutes. There were some problems with some power cords, but nothing that I could fix.

I listened to a few NPR shuffles while I did some menial housework, and then I laid down on the couch for a round of Nature Park. Before I could get too far in the game, I put my phone aside and fell asleep for an hour and a half.

I only woke up because the treasurer had called back. He’d located the missing power cords, but was having trouble plugging them in. I headed back over.

This was all I did today.

It’s the same problem I had with summers growing up. Why won’t school start already?

I hope you’ve got something to do. Pictures below. 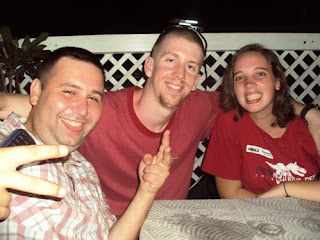 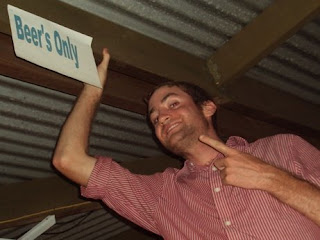 Trent pointing to a random sign at Henny's Sports Bar. What does Beer possess? And why does is that the sole thing that Beer possesses? Hell, even if we disregard the strange apostrophe, what does Beers Only mean? My favorite was Blakey's suggestion that the apostrophe is actually a kamaliliu, the Samoan symbol for a glottal stop, and that the sign should actually be read "be err sss own lee." 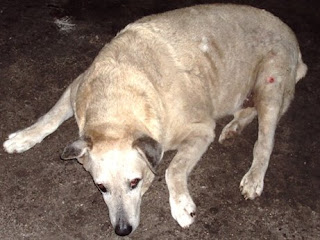 This dog hangs out by one of the faleoloas near my house. He is gigantic and white and looks not unlike a small polar bear. Very Lost.

Hopefully the dog lives at the address: