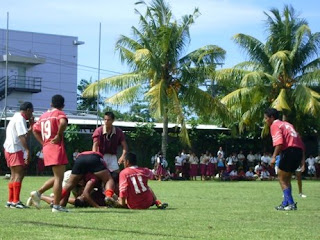 This week has been far less stressful than last, and I’m not exactly sure why. Perhaps it was the lack of fever (although I did have godawful diarrhea last weekend), perhaps better sleep, perhaps a better balanced diet. Due to some weird scheduling last week, I had to move last Thursday’s quiz to Monday of this week, and I couldn’t justify giving another quiz today. But it turned out today was Sports Day, and we ended school halfway through the day anyway. So another easy Thursday is in the books. Here are some other thoughts from the week:That’s all I got for today. Another SPBEA meeting means Koa and Phil are in town again tomorrow. Should be a good time. I hope you’re having a good time too. Pictures below. 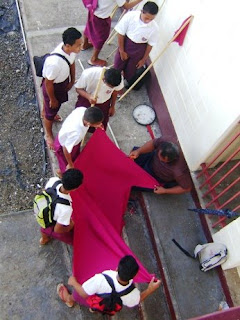 Putting together the meter flags. 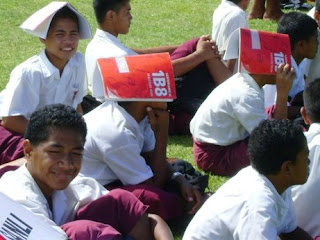 "This shall keep me safe from the hot Samoan sun." 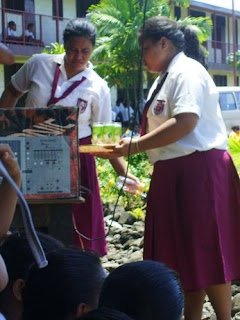 Serving drinks to the teachers on a genteel tray. 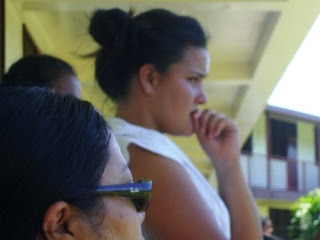 Doesn't this girl look like Amanda? No? Am I crazy? 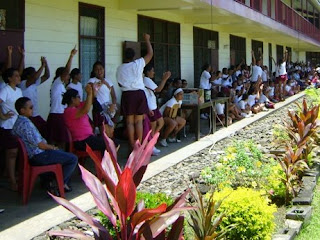 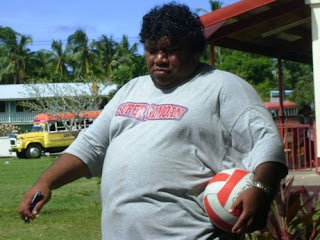 One of the teachers, Tevaga, coaches a netball team.
Posted by Matthew at 6:18 PM

Labels: After School, Odds and Ends

Hi Matt
I've been reading your posts since day one. Very engaging. I'm a Samoan born and bred in New Zealand, and work in a legal firm in Auckland. Whenever I have time I try to read your blog as often as possible. I've even passed your blog on to the only other Samoan lawyer here hahaha. Keep up the awesome work. Really enjoying the read. I miss Samoa so much!

I love that sneezing story. How cute.

i thought that was me!!

Very cool photos. And yes, that girl looks a little like Amanda...same beautiful cheekbones. Ok...that sounds weird but it's true.

Great stories today. I really enjoy reading all that you write! We miss you.

The netball phenomenon is an odd gift from the S. Pacific's colonizers. In England, it's exclusively played in the school setting, but nowhere else (no clubs, not professionals, and not at the college level). I'm not an expert, but I think you have the rules down -- when a player has the ball, she must be stationary. there is no dribbling, and when they shoot, it's one-handed. Rather odd. Maybe I'll google it for some more info.