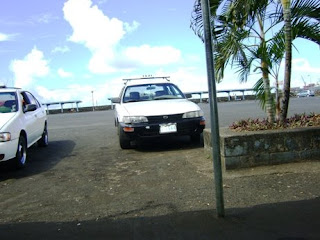 With all the partying last weekend, I’ve spent the week recovering, and I have yet to be able to catch up on sleep. I feel like the last couple days have been one yawn after another, counting down to Saturday morning when I can sleep in. It seems somewhat appropriate to teach high school in this state of mind since it’s essentially the same way I carried myself during my own high school career. Here are some other odds and ends from the week:
I hope you aren’t being canceled. Pictures below.

Update!: It turns out that earthquake struck near Tonga, which has been experiencing a lot of volcanic activity lately. The quake registered a 7.9 on the Richter Scale. Wowa. That's a big one! I would defend my ignorant bliss attitude from earlier today, but then I'd be on shaky ground. Get it? Ha. 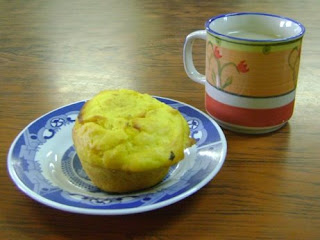 Stock image of the muffin and tea that we get during Interval. I could eat, like, 3 of them. 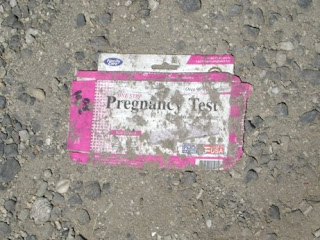 This pregnancy test box was in the middle of my path on the way home from town the other day. I'm not sure why I was fascinated enough to take a picture, but I guess it's not every day that a pregnancy test lands in your path. Makes you wonder how it got there. But I do like that it was made in the USA.
Posted by Matthew at 8:51 PM

Do you remember the earthquake that caused the Bay Bridge to fall down?!? The tsunami in Sri Lanka?!? Next time someone tells you to bike to higher ground, BIKE TO HIGHER GROUND!