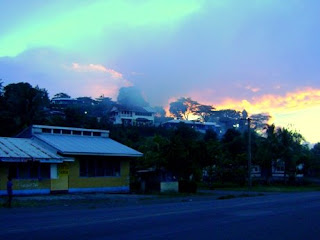 At the Chargés-Affaires’ house last night, a bunch of us were comparing notes on the weather, and we all agreed that the last couple weeks have seemed hotter than usual. Erin attributed the perception of heat to a lack of wind. And you know what else flares up besides the heat when there’s no wind? The flies and mosquitoes. Much easier to fly and bite when you don’t have to worry about air currents. Here are some other odds and ends from the week:That’s all I got. Hope you’re awesome. Pictures below. 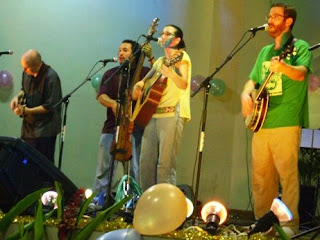 The bluegrass band, Student Loan. In addition to the Paul Simon cover, they did 2 Beatles songs. It was good. 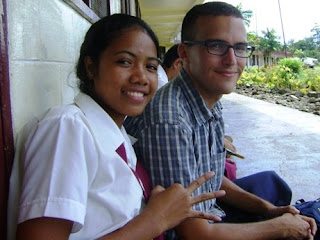 Me and one of the year 13 students. I admit I don't know her name. It sounds like Tsetse, which would be a bad-ass name on account of the poisonous insects, but I don't think that's actually how she spells it. 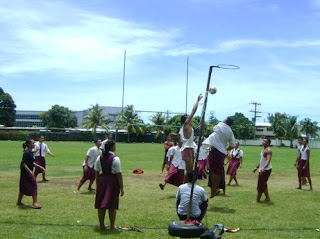 This was my favourite part of the day today, I think. Today was Sports Day, which meant that about half the school left to go play rugby or netball. The last 2 classes of the day were canceled for the students who stuck around. Someone set up the volleyball net, and teachers and students played pick-up games. It felt more like the casual educational environment of a university rather than the ultra-defined student/teacher roles of American secondary schools.

Happy Birthday MATT! I found out two other people (nurses too, funnily enough) with the same birthday as ours. You however, are the first person I think of when I think of people who's birthdays are the same as mine. Hope you had a great one. (from the writing of it, you did).