Ain't Nobody Dope as Me 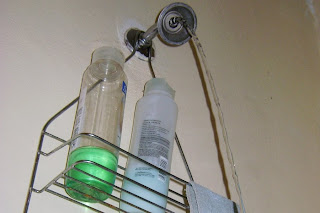 There were a bunch of us in the car driving around Los Angeles in the early 2000s, and Outkast’s new hit at the time, “So Fresh So Clean,” came on the radio. From the backseat, one of my friends said to no one in particular, “This song makes me want to take a shower. I just want that feeling.” I admit, I could not relate. I enjoy feeling clean as much as everyone else, but in The States, I was never a passionate showerer. I didn’t crave that feeling, and I wouldn’t get my undies in a bunch if I had to go a day or 2 without showering.

Here, things are different. My day-to-day life is significantly dirtier than it was in The States. There’s dust and grime in the air, and the unseasonably hot weather has me drenched in sweat by 8:00 a.m. Peace Corps Volunteers also refer to a condition, “Apia feet,” when you’ve been walking around town all day and your feet are just filthy after a while. When I saw K8 on Friday, she made a comment about how tan I am, and I replied only half-jokingly that it was probably just dirt, and my complexion would be lighter if someone hosed me down.

For whatever reason, I was feeling particularly filthy today; so much so, I decided to bring things to the next level: I went to the Peace Corps office to shower in the hot water.

Now, I live about 12 minutes’ walking distance from the Peace Corps office, and if I wanted to, I could shower there all the time. But I don’t want to be that guy. For the most part, I’m perfectly happy using my own shower despite its lack of hot water, and the Peace Corps office shower isn’t there for my personal use. Volunteers use it when they’re in town, and it’s not really an amenity I ever need to use.

That said, from time to time, for special occasions or when I really feel the urge, I’ll throw my soap and shampoo in a plastic bag and saunter on down to the office to experience the warmth and pressure of the water there. In the 15 months I’ve lived in my house, I’ve showered at the Peace Corps office 4 times, I think. Like I said, it’s a special occasion kind of thing.

Anyway, I went this afternoon, and coming out of there, I could hear Outkast in my head. So fresh and so clean clean. I felt like I’d lost a pound or two getting rid of all that soot. My shower at home keeps me clean and gets the job done, but that hot shower at the office is a whole different level.

I felt shiny. I wondered if people walking down the street noticed my new cleanliness. It was the story of rejuvenation one feels after getting a good haircut or a teeth-cleaning.

I had to walk home carefully, trying to trod softly over gravel and dirt, clinging to my newfound cleanliness for as long as I could.

But let’s be honest, by 8:00 tomorrow morning, I’ll be right back to Stinky Matt. Oh well. 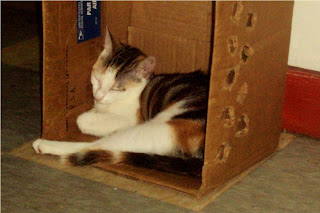 oh the leal family and showers.