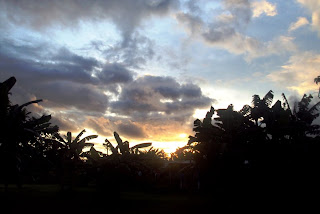 I can’t wait til tomorrow. The Friday night/ Saturday morning sleep keeps the entire week in balance. It’s the lynchpin, the keystone. When it’s taken away, like it was last Friday during the big tsunami evacuation, its absence echoes throughout the rest of the week, wreaking havoc and dragging me down. Whereas in this spot last week I wrote about how things are beginning to pick up speed, this week crawled by. And so tomorrow night, I will sleep long and good. Here are some other odds and ends from the week:
That’s all I got for this week. I hope you’re well. Pictures below. 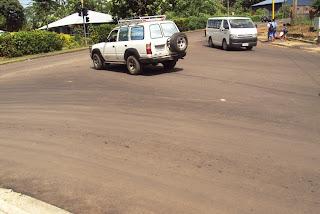 The road is paved! I swear, this intersection, upwind from my school, has been gravel for the past 6 months or so. The blows would blow over and it was all kinds of nasty. But now it's paved. Hooray! 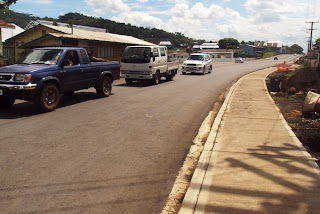 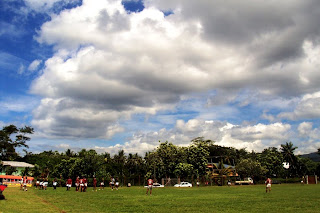 Rugby game at Lei'ifiifi this afternoon with good clouds. 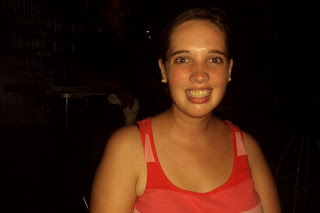 Out with Blakey last night.

German Bun
= remnant from the German rule over Samoa.
Derived from the famous 'Berlin Donuts' that were originally filled with jam but obviously jam was not a common product then so caramelised coconut was used as a substitute....hence German Bun....yumyum