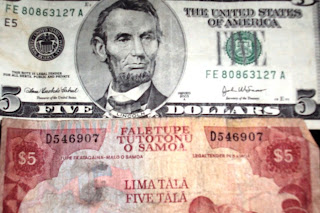 In deciding to enter into the wonderful world of the Peace Corps, the price of admission is 2 years of one’s life. Now, yes, the 2 years aren’t squandered or wasted; certainly the time I’ve spent in Samoa has been great, and I’ve learned a lot about myself and the world. But even with that, there’s an opportunity cost at work, and in the days and weeks leading up to my departure from The States, I realized the things I would not be around for: the 2008 presidential election, the 2010 Winter Olympics, the final season of LOST, and for me, probably my 10-year high school reunion.

Our reunion is still in the naissance of planning stage—I’m good friends with our class president, Virginia, whose job it is to organize the event, and right now she’s waiting for responses from a survey asking people what they’d like to do for the reunion, when it should be held, and how much people are willing to pay.

I talked to her on Sunday, and we discussed the issue of cost. She said it looked like people thought $40 was reasonable, except for a few outliers who’d be willing to pay upwards of $100, which she couldn’t fathom. And then she asked what I would be willing to pay.

And at that moment, I felt the most out of sync I’ve ever felt with life in the United States. Not until I was asked directly did I realize how I’ve lost all concept of American money. It felt a little like that scene in “Rain Man” where Dustin Hoffman’s character thinks a candy bar and a compact car cost roughly the same price. Granted my barometer isn’t quite so off, but I was still quite baffled by the question.

Part of the problem is I’m used to dealing with American money as an indirect currency. 100 Samoan tala is roughly equal to 40 U.S. dollars, and I occasionally have to use that information when making a large purchase here. So for the last year and a half, my experience with the dollar has been mostly indirect.

Also, volunteers don’t tend to think of things in terms of American dollars since we’re paid in Samoan tala. Our friends come to visit, and they’re so tickled by how cheap things are here in terms of American dollars, but since I make a fairly modest Samoan salary, budgeting, particularly budgeting for recurring expenses, is all done in tala. My dial-up Internet costs roughly $150ST per month, which comes out of my Peace Corps living allowance. At no point does the dollar factor into this.

In fact, in my eyes for the past year and a half, the dollar has been completely finite and not something associated with a salary or any other method of replenishment. When I spend my American dollars, it better be worth it because I’m not going to see my American money grow until I go back to the States and get an American job. And thus figuring out a “reasonable” expense becomes difficult because the criteria have changed.

Finally, even in tala, I don’t have very much budgeting to do anyway. I don’t pay rent or utilities. I don’t have a cell phone plan. I don’t have a car, so I don’t have to factor gas money into my monthly spending plan. With my monthly wages, I buy food, Internet, phone credit (which isn’t as predictable as a plan), and miscellaneous items. As much as I adhere to a budget, it’s not a complicated regimen.

So when she asked me what I thought was reasonable, I felt a little baffled. At this point, the difference between $40 US and $100 US seems both vast and negligible, and at this point I have a really difficult time assigning the term “reasonable.”

Does this make any sense? My mind was shocked by its own inability to function, but I’m not sure I can communicate how bizarre it feels to lose perspective on something like money. It’s amusing and unnerving. I guess it’s another price of Peace Corps admission. 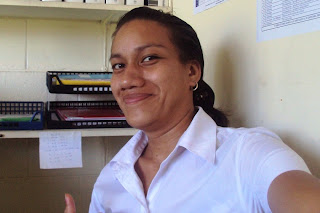 I left my camera with my school's secretary for 5 minutes today, and I come back to find self-portraits galore. 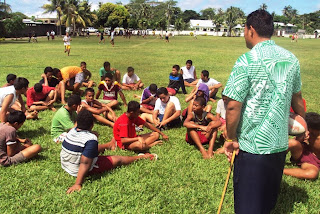 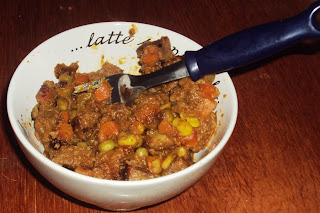 Thanpuii brought over beef curry she made from scratch after I fixed her computer last week. Awesome.

You should take all your spare tala and buy Samoan govt bonds.

that beef curry looks amazing. and just FYI i think $40 is a great deal if your class can swing it. i think ours turned out to be $60 per person which was mostly heavy appetizers or something. i was working so i didn't go. the food (if expecting full dinners) is what drives the prices up. maybe some of your classmates are in the hospitality industry and hook it up right?

the self-portrait thing with cameras is typical! i hate it when cousins leave several shots of themselves + their friends on my camera. thank goodness for digital, you can now delete them. unlike film where you'd get home + pick up your prints to find other ppl on there.