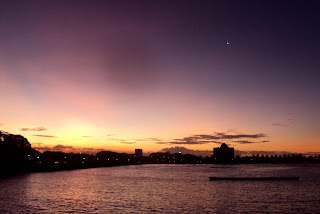 They say that after the slow lifestyle of the Peace Corps it’s difficult to acclimate to the fast-paced lifestyle back in the United States. I feel like after the slow lifestyle of the third term of school, I’m having a difficult time with the down-to-business attitude of first term. I’m exhausted. During the first two rugby games this afternoon, I found a chair and slept on the sidelines. No one seemed to mind. Here are some other odds and ends from the week:
That’s all I got for this week. I hope you’re well. Pictures below. 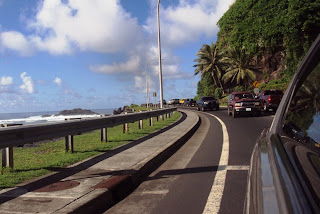 Driving along the main highway in American Samoa. 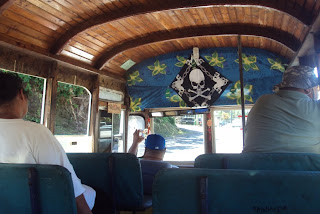 Outside, the buses in AmSam have a different shape to them than the buses in Samoa, but from the inside, you'd never know the difference. 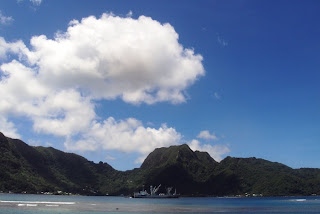 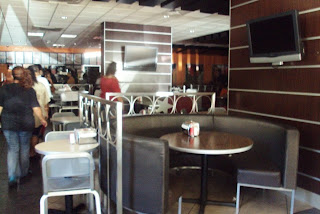 The power went out while I was at Carl's Jr. It felt good to know our American counterparts face some of the same struggles we do here. 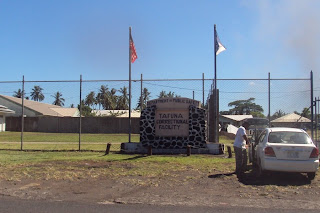 On my walk from Carl's Jr. to the airport I passed the Tafuna Corrections Facility. No wonder I couldn't find a cab. 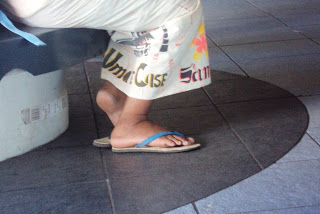 This guy at the airport was wearing an "Uma le Case" lavalava. Uma le Case is Samoan slang that sort of means "Case closed." My kids say it all the time. 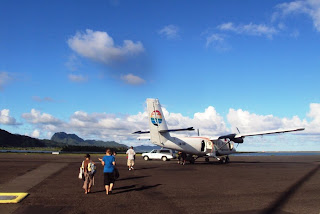 The picturesque airway at the Pago Pago Airport.

Our airport in Carlsbad, CA, prior to its recent renovation, did not have an X ray machine for checked bags. So, when we would travel from Carlsbad to LAX, I would always dread checking a bag because TSA would mess up my perfectly packed suitcase. It was aggravating.

These pictures are so beautiful!